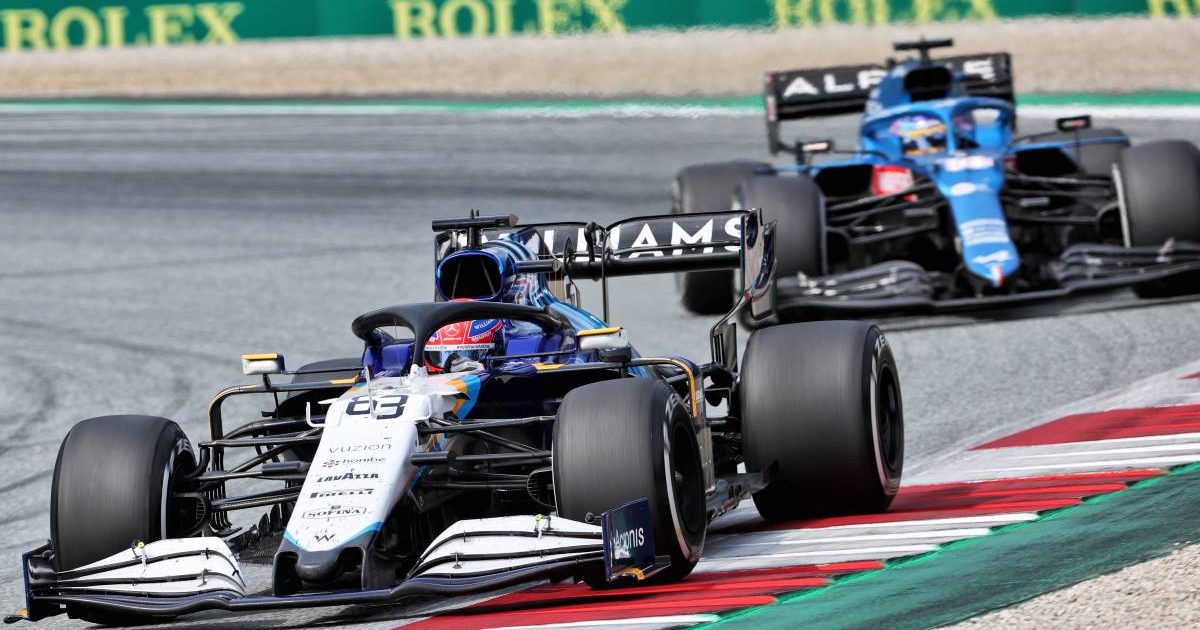 George Russell saw a point slip away from him late in the Austrian Grand Prix, but said “ultimately you get what you deserve”.

The Briton started the Austrian Grand Prix from P8, his highest grid slot to date in Williams colours, so was this finally the race where that first point with the team would arrive?

Well, for a time it seemed like that was going to happen, with Russell holding P10 as the race entered its final stages. Sadly though, Fernando Alonso then struck.

On better tyres the Spaniard closed in and snatched P10 from Russell, and with it that point which has eluded the 23-year-old in his 45 starts for Williams.

Alonso himself actually felt sorry for Russell, but there was no self-pity from the man himself, who accepts that Alonso was simply faster and so earned that P10.

“It sort of reminded me of my junior days when you were battling wheel-to-wheel week in, week out,” he told RaceFans.net.

“I guess the biggest thing was just experience. And getting that feeling doing it in a Formula 1 car is very different with all the downforce and dirty air. So you’re just gaining experience. It feels a bit strange, I’ve been here three years now and I haven’t had that many battles.

“Not that disheartened, to be honest, because ultimately you get what you deserve and those guys were faster than us.

“We did a great job yesterday over one lap but they were inherently that bit faster than us, and were always going to come through.”

Gave it everything but we couldn't quite hold on for the point. Respect to @alo_oficial for a tough, clean battle. Let's hope it's the first of many. pic.twitter.com/L5cJNbXDBj

Alonso was very unfortunate to be starting outside the top 10, having suffered Q2 elimination when he was blocked by Sebastian Vettel on his final flying lap.

Russell’s prediction that Alonso should have qualified in the top five was probably accurate, and so try as he might, Russell knew it was a battle that he was going to lose when they faced off in the race.

“I did everything I could, but ultimately the speed Fernando had, he was always going to catch, he was absolutely flying,” Russell admitted.

“He was unfortunate yesterday, he probably should qualified in the top five and I guess P11 was the maximum today.”

Russell was investigated by the stewards after the race for allegedly moving under braking in his fight with Kimi Raikkonen, but no further action was taken.