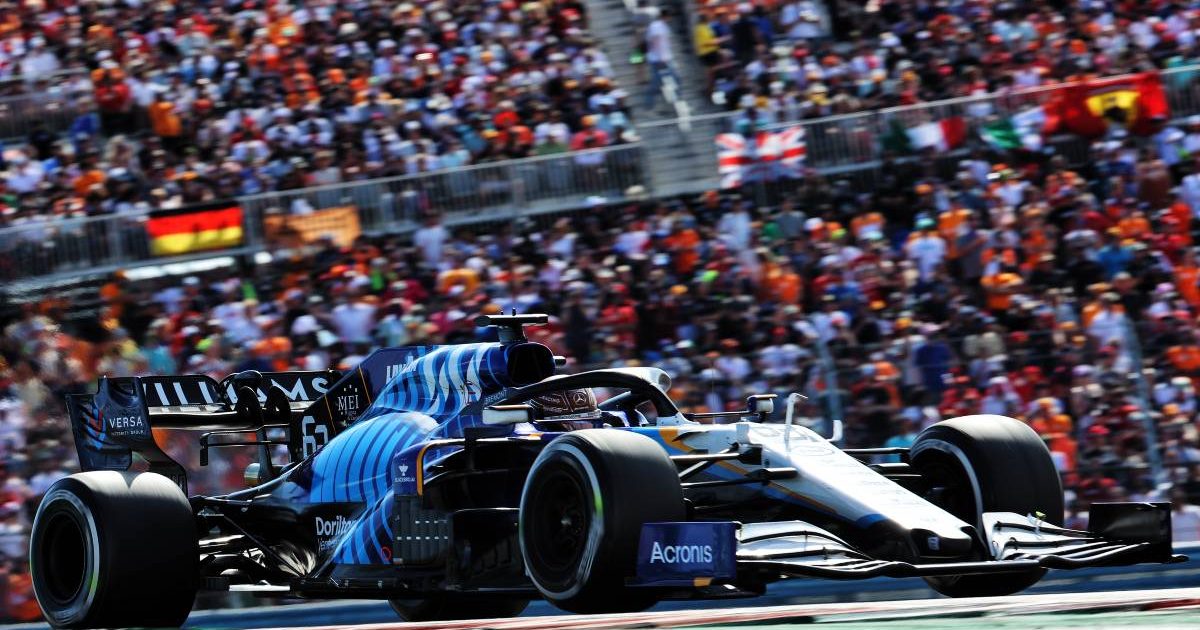 George Russell said he did not have the pace to capitalise on a terrific start to the United States Grand Prix.

The Williams driver lined up at the back of the grid due to an engine penalty, just behind Fernando Alonso and Sebastian Vettel who had suffered a similar fate.

There was only a fairly minor incident in the opening skirmishes between Lance Stroll and Russell’s team-mate Nicholas Latifi, so it was largely down to the Briton’s own skill that he found himself gaining six places up to 14th.

But that was as good as it got for Russell, who crossed the line in the same position with only Latifi and the two Haas cars behind him following the retirements of both Alpines and Pierre Gasly.

Since the summer break, Russell has been a definite midfield performer – he has even qualified in the top three twice – rather than a backmarker, but this race was more reminiscent of where Williams were in the first half of the season before their improvement.

“It was never easy,” Russell told the Formula 1 website. “To be honest, we didn’t really have the pace this weekend, for whatever reason. Lots to look into.

“I made a good start, P20 up to P14 or something, struggling to keep Fernando and Sebastian behind me, but that was how it was.

“Then a pretty long, lonely race from then on in. A tricky weekend and on to the next.”

Mega crowd this weekend. Really enjoyed being in Austin, as always. See you next time. 🇺🇸✌️ pic.twitter.com/q0KcgFUY7l

The 23-year-old, who joins Mercedes for 2022, suggested the disappointing outcome at Austin’s Circuit of The Americas may have been track-specific and will be hoping he can add to his season’s haul of 16 points at the Mexican Grand Prix on November 7.

“It was a really unique weekend with the surface, everyone was struggling for a bit of overall grip,” explained Russell.

“I think it seemed to hurt us more, or we didn’t really understand how to optimise that sliding around on the tarmac.

“You have good races, worse races – they can’t always be in points-paying positions, so just one of those weekends.”

“In the final stint, we were able to match Stroll’s pace and considering we took a power-unit penalty, George’s finishing position was creditable.”