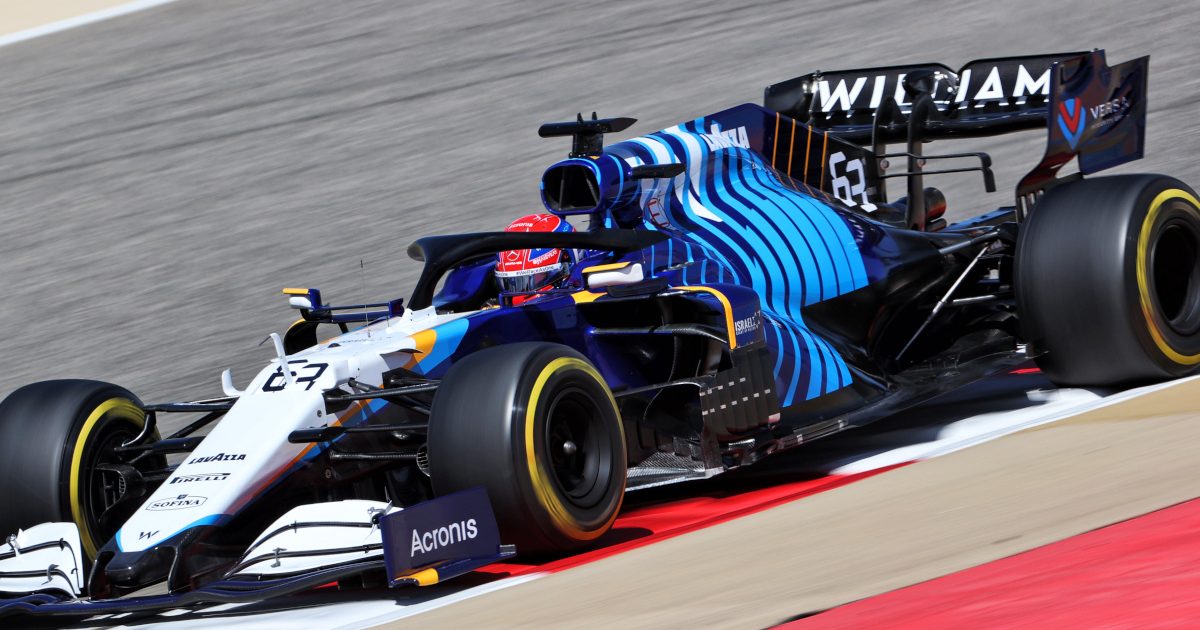 If the wind is blowing in the right direction, Williams’ FW43B is “very fast” – but if it is not, well therein lies the problem says George Russell.

Russell put Williams’ 2021 car, the FW43B, through its paces at the Bahrain circuit on Sunday when he clocked the sixth fastest time of the three-day test.

The Briton’s 1:30.117 was only marginally slower than Lewis Hamilton’s best time in the new Mercedes W12.

Russell reckons Williams could have gone even quicker but the highly sensitive car fell foul of the wind.

“The positives are that when the wind is in a favourable direction, the car is very fast,” Russell told The Race.

“We talk about this yaw sensitivity, so the yaw angles get very high at low speed, especially when there’s a bit of wind, and that’s when our car is very poor.

“So the positive is there is a fast race car in there. But unfortunately, it’s almost out of our hands when we can excel.

“Had the wind been neutral for this test, our lap times would have been much faster.”

Always good to see you, @GeorgeRussell63 😄

After Nissany and Latifi got full days on Friday and Saturday, Russell finally gets his turn 💪#F1 #F1Testing pic.twitter.com/NdqF3znbRW

The good news for Williams is that Russell, who has yet to score a point for the Grove team, believes the car can do well in the right conditions.

However, his ‘peaky’ car is very wind-sensitive.

It was a pay-off that Williams’ design team was willing to take.

“Teams have their own philosophy,” said Russell. “Some teams try to have good peak downforce, but maybe it’s a bit peakier and in certain conditions there’s less downforce.

“Everyone’s got their own philosophy and that’s why you see some weekends, some teams are quick one weekend, other weekends they are not so quick.

“So this wind sensitivity, it’s not the first time a team or car has had it.

“For us, maybe it’s a bit more extreme than it has been the last two seasons. But equally, we could be sitting here at the end of the season and saying we were very, very quick in 10 races, very, very slow in the remaining 13, but we managed to score points in those races we were quick and managed to come home eighth in the championship.

“Therefore, that was the correct decision to go down that route.

“So there’s pros and cons to to every philosophy. Time will tell.”