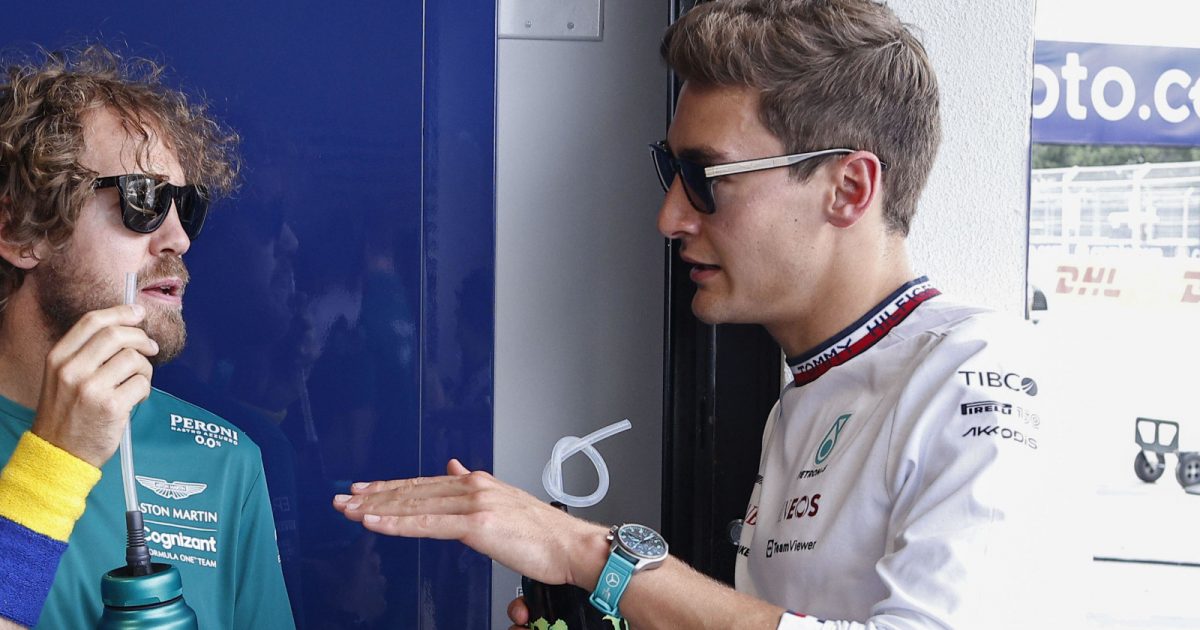 George Russell has applauded Formula 1 for not resorting to weeks of “political decisions” before doing something about porpoising.

Porpoising is the buzz word of this year’s championship, the bouncing a consequence of using ground effect aerodynamics to create downforce.

The car is effectively pulled towards the ground but, as some of the teams have found, when it gets to close it causes the aero to stall which results in the car rising away from the track.

When that happens, the aero kicks in and again the car is pulled towards the ground in a motion that has been dubbed porpoising.

Some teams suffer worse than other with the Mercedes drivers the most vocal in their concerns.

While Russell told the media after Imola that his back was hurting, his team-mate Lewis Hamilton needed help climbing from his car after Baku such was his back pain.

But with more drivers adding their voice, the FIA has taken steps to protect their long-term health.

A technical directive was announced in the build-up to the Canadian Grand Prix that will force all the teams that are struggling with bouncing to alter the set-up of their car.

There will be a limit on the level of “vertical oscillations”, and any team reaching it will have to raise the ride height.

Russell has welcomed the announcement.

Mercedes wanted FIA changes to address porpoising, but the announcement may end up counting against them. #F1 https://t.co/0SXsxdgktF

“I think this is something that everybody thinks Mercedes is sort of pushing for, but from a pure performance side of things… we don’t really want change because if there’s change, you never know if it’s going in your favour or against you,” Russell told Sky Sports.

“I think it’s something that we as drivers have spoken about globally, that we want change moving forward because what we went through last weekend just wasn’t sustainable.

“It doesn’t matter what boat you’re in, you’re either porpoising and you’re hitting the ground, or you have no porpoising so you’re running the car really close to the ground and you’re bottoming, so either way you look at it, it’s not great.

“I think it’s promising to see that they’ve taken action on this straight away and it’s not taken them weeks and months and political decisions to change something like this. When it comes to safety, things need to be resolved as soon as possible, so I’m not surprised to see it come in so quickly but I think it’s good for everyone.”