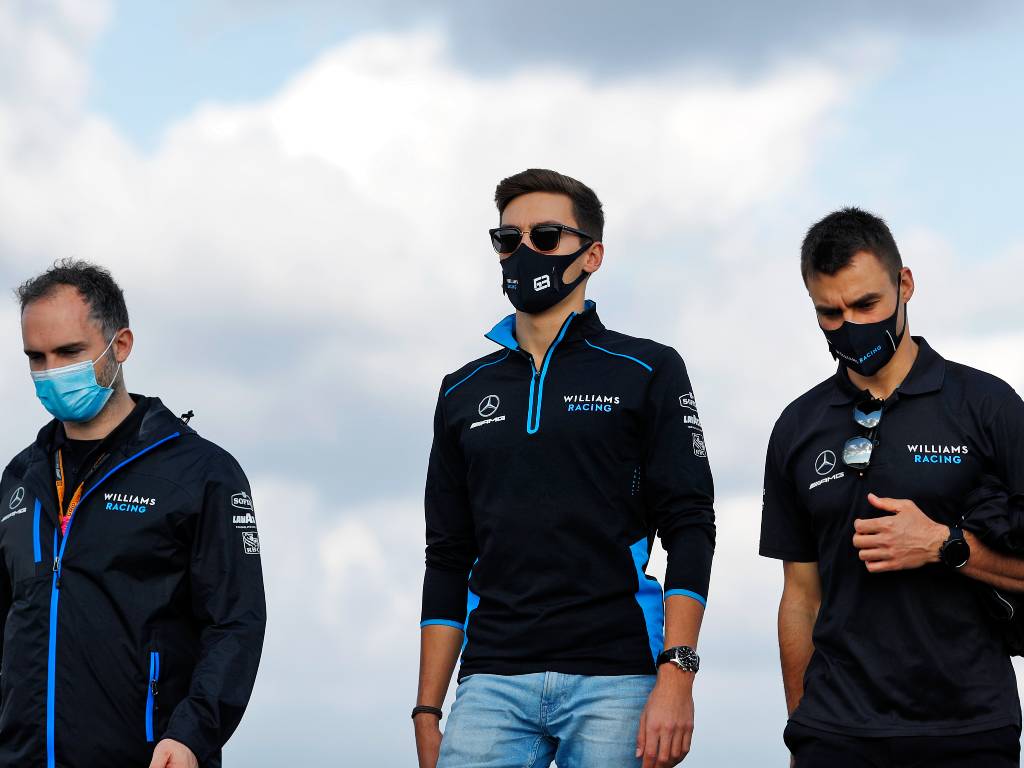 George Russell has insisted he will not adapt his approach to racing despite the “big mistake” that potentially cost him his first F1 points in the Emilia Romagna Grand Prix.

The Williams driver had the chance of a top-10 finish when he spun into the wall while trying to heat up his tyres behind the Safety Car.

Full of remorse for his error, the 22-year-old apologised to his team both publicly and privately, in media interviews and a letter, although he also received plenty of messages of encouragement from figures such as Lewis Hamilton and Toto Wolff – being a Mercedes junior driver.

But despite the gravity of the incident, with Williams not having scored a World Championship point in either 2019 or 2020, Russell will not allow it to compromise his driving style which had previously established him as a racer being tipped for great things.

“Following that mistake, it gave me a bit of time to think about the racing approach. Racing sometimes rewards risk-takers but it also sometimes rewards a more cautious approach,” said Russell in his press conference on the eve of the Turkish Grand Prix weekend in Istanbul, quoted by RaceFans.

“We are all racers, we are all here to absolutely push boundaries and in doing that, mistakes will come along. And it also made me think ‘should we fear mistakes?’ and I don’t think we should. This is what I said to the team.

“Do I regret what happened? Absolutely. But will it change my approach this weekend and moving forwards? No it won’t. We are all here to push the boundaries because we are all racers and that’s what we do when we go racing.”

Russell revealed that writing his letter to the team was not a new thing – despite being a rarity in terms of having to apologise for a mistake he says he will learn from.

“I often send my thoughts and views to them,” he explained. “Obviously, firstly I was apologising for the mistake I made which was, I felt, unacceptable from my side.

“And I’ve had a huge amount of support, which meant a huge amount to me. It was very surprising. From race winners, fellow drivers, ex-World Champions, even people outside of Formula 1.

“But I think in life you’ve got to move on, look forward and forget and learn from the past and your mistakes. I think in the long run it will help me to become a more rounded, stronger driver.

“Because of the nature of the mistake, it was a very different feeling to other times when I’ve made big mistakes in my career in junior formulas. When I’ve thrown the car in the wall in Monaco, for example, or crashed fighting for the lead in Formula 3.

“Getting that support, obviously everybody knows we are pushing to the absolute limit and sometimes the car can just go from nowhere. It doesn’t take anything away from the mistake I made but it will help me moving forward, I’m sure.”