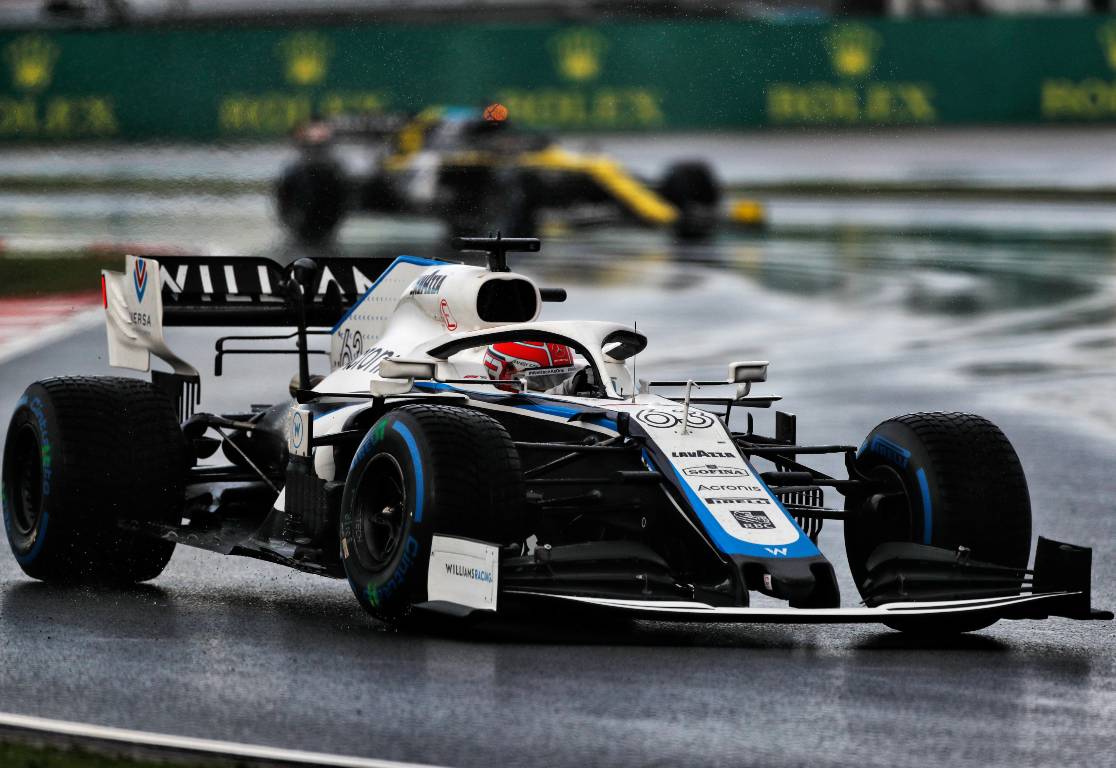 George Russell has become the third driver to be punished for an infringement during Turkish Grand Prix qualifying – his second grid penalty of the weekend.

The Williams driver was already subject to a grid drop due to exceeding the allocated number of power unit parts with a fourth engine, turbo-charger and MGU-H of the season being fitted for the race at Istanbul Park.

That meant Russell was almost certain to start at the back of the grid in Turkey and just to rub further salt into the wound, he was given a five-place grid penalty for ignoring double waved yellow flags at turn 3 during Q1 when Daniil Kvyat in the AlphaTauri had spun off.

A stewards’ statement read: “Car 63 [Russell] approached turn 2, which was under double yellow flags for Car 26 (Kvyat) who was spinning off track on the outside of the turn.

“While Car 63 made an attempt to slow when encountering the double yellow flags, in the opinion of the stewards he slowed insufficiently and did not have his car under full control as he approached and then passed Car 26.

“ This lack of full control clearly breaches the regulations. The driver also set a meaningful lap time on this lap which in, and of, itself breaches the requirements set out by the Race Director’s notes.”

That was a wild one… not the best day for us but we go again tomorrow.

Russell, who also received three points on his licence, joined McLaren duo Lando Norris and Carlos Sainz in receiving a grid penalty. Norris’ was also for ignoring double waved yellow flags, in his case relating to passing Nicholas Latifi’s stationary Williams, while Sainz’s was for impeding Sergio Perez on a flying lap.

For the race, Russell thinks the start will be vital in trying to get tyres warmed up to a suitable temperature on a circuit that was extremely slippery even before the rain that affected Saturday’s qualifying session.

“We know a lot can be won and lost on the opening lap, so we’ll have a look to see if there’s anything in the background we can change or do better,” said Russell.

“It’s all about getting the tyres working in the first 30 seconds. As soon as you drop out of the window they are just irrecoverable.

“I wasn’t pushing balls-out today because I knew I had the penalty but I wasn’t hanging around either – we just didn’t have the pace today.”