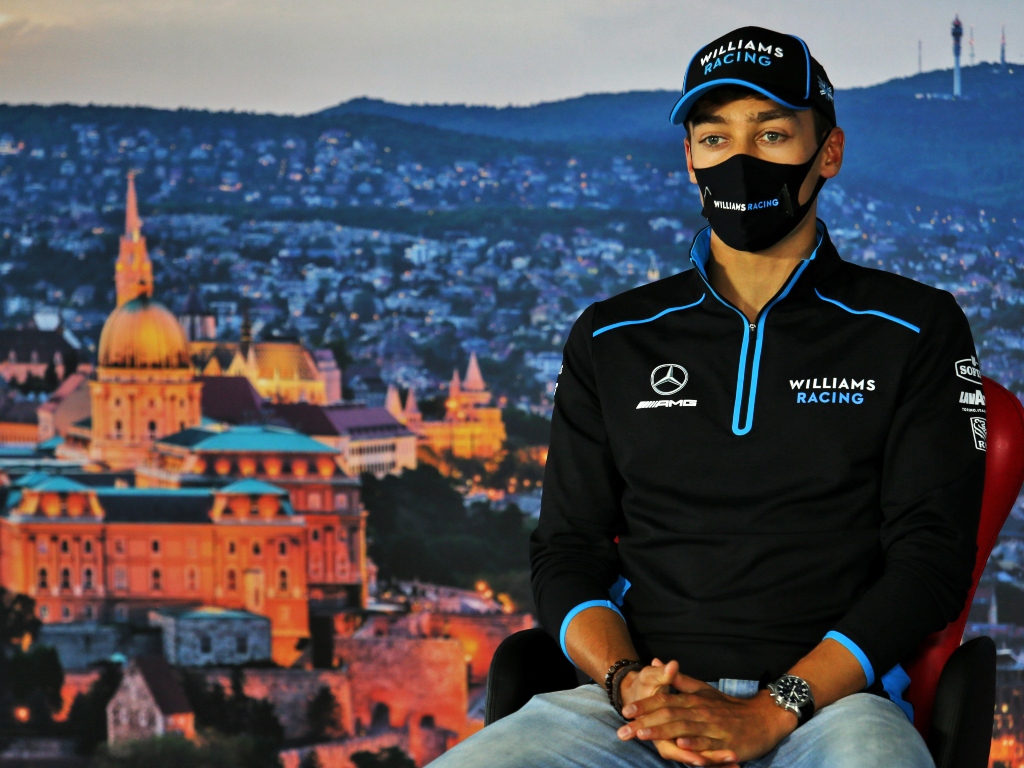 Given that he’s not sure how quick Williams will be there, George Russell isn’t too excited for the upcoming Silverstone double-header.

Despite the fact that the 2020 car seems to be considerably better than its predecessor, the British team has thus far failed to score a point this season and sit-rock bottom of the standings.

They did, however, look to get steadily better at each of the first three races. Despite this, Russell isn’t optimistic about them getting off the mark at their home race.

“In all honesty, I’m not overly sure,” he told Crash.net when asked whether he was looking forward to the upcoming double-header.

“I think on paper Hungary is going to be the circuit that suits us most and our car characteristics most. I think that was proven in qualifying.

“I think our performance in Austria qualifying round one was probably the true pace of the car in a dry condition, obviously race two was wet and things were all mixed up.

“So, ultimately, I think our goal and our realistic competitors are the Alfas and the Haas and fighting to get into Q2 following on from these three events.”

Getting into Q2 has been one fight that Russell and co have won in the last two races. What’s more, his team-mate Nicholas Latifi joined him there last time out, and the Brit himself almost made Q3.

Despite this, their pace on Sundays hasn’t been nearly as impressive, with both cars quickly dropping down the order. Russell feels that the issue comes from running in dirty air.

“Our race pace is really poor for whatever reason relative to our qualifying pace. It’s something that was not the case last year and something that we need to get on top of,” he added.

“It’s a bit strange at the moment, we’ve had three races now, two very good qualifying [sessions], one good qualifying and three very poor races. That had not been the case last year.