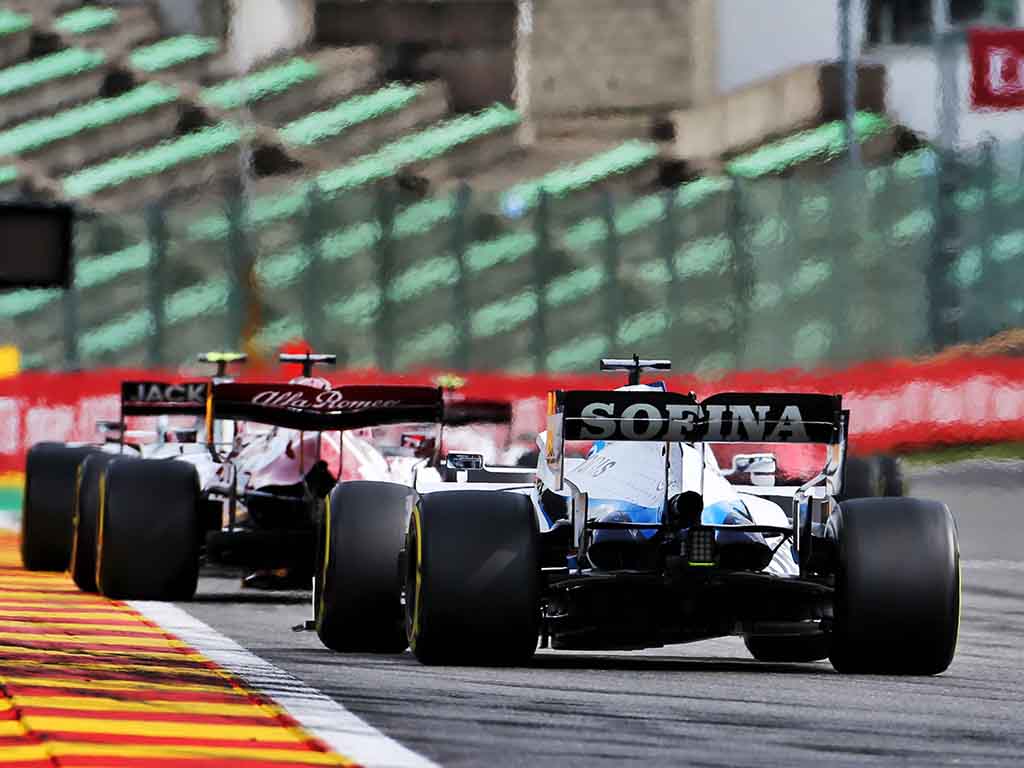 After he was taken out by a stray tyre from Antonio Giovinazzi’s car in Spa, George Russell says he’s “very thankful” he had the halo.

The Williams driver’s Belgian Grand Prix was cut short when Giovinazzi hit the wall in front of him on Lap 11.

Russell, running in P16 at the time, was running behind the Italian and could do nothing to avoid the tyre that was flying towards him.

While it wrecked his car, he came through unscathed and says he felt much safer with the halo around his head.

“If I went to the right, that’s where Antonio’s car was, and at the left side of the track, I had a massive impact with the tyre,” Russell said after the incident.

“But I have to say you feel much safer in the car now with the halo. When I saw this massive tyre coming towards me, it was quite scary, to be honest.

“So I’m very thankful that we have this halo on the car right now. I’m all fine. Just a little bit frustrated obviously. But that’s racing sometimes.”

With cameras initially only picking up the two destroyed cars next to each other, initial assumptions were that Russell and Giovinazzi crashed into each other.

However, replays clarified that he had nobody near him and simply lost control. He says that it was caused by a snap of oversteer.

“Unfortunately I had a snap of oversteer on the exit, nothing I could do,” the Alfa Romeo driver said.

“I’m just sorry for my team after what happened today. But I have to reset my mind right now for Italy.

“I feel really sorry for [Russell], as I destroyed his race as well. Really unfortunate what happened to him. I’m just sorry.”

With two races in his home country of Italy up next, Giovinazzi will be keen to make up for his error and add to the two points he has to his name this season. Russell meanwhile is still waiting for his first in F1.