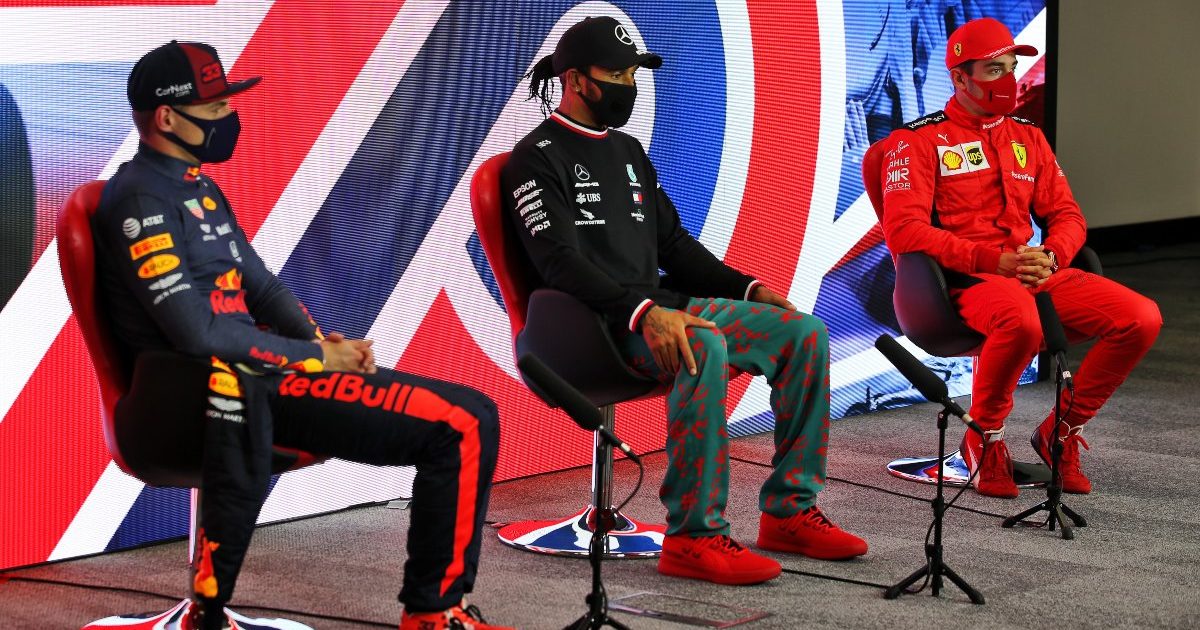 George Russell says he wants to go up against the best on the grid, who he thinks are Lewis Hamilton, Max Verstappen and Charles Leclerc.

The Williams driver has spent the vast majority of his two seasons on the grid as a backmarker fighting not to finish bottom.

He got his first chance to fight at the front in Bahrain last season as he deputised for Lewis Hamilton at Mercedes, and many expect him to join the German team permanently sooner rather than later.

Asked whether he’d rather go head-to-head with Hamilton rather than replace him, Russell said he wants to battle the seven-time World Champion as well as Verstappen and Leclerc, who he thinks are just as good

“Every driver wants to put themselves against the best,” he told Sky Sports at the launch of Williams’ 2021 car, the FW43B.

“I believe in myself and Lewis is the benchmark at the moment but equally you’ve got a lot of fantastic drivers out there who might not have the same CV as Lewis but, Max, Charles, Lewis, they’re all on the same level.

“Pitting yourselves against any one of those three would be great for any driver.”

That being said, Russell is trying not to think about getting to the front of the grid as soon as possible, instead focusing on the more immediate task of his third season with Williams.

“Mercedes and Toto have always had my back, they’ve believed in me from day one. When they believe the time’s right, the time will be right,” he said.

“I’m not hassling them, I’m just going out there and doing my job on the track and what comes in the future will come.

“Obviously I had the great opportunity in Bahrain last year, but for now I’m just focused on the job here at Williams for this season.”

Looking to the future while remembering the history. Nice one team. 💙 @WilliamsRacing pic.twitter.com/32HG0E0Dvm

Unable to make many changes to their car for the 2021 campaign, Williams are all but certain to be near or at the bottom of the pecking order again in 2021.

They benefitted last season from the fact that Haas and Alfa Romeo had a poor Ferrari engine, which Russell expects to be better in the new season.

Even so, he is optimistic that the team can at least make a bit of progress.

“I think we’re very hopeful we can continue to go forward,” he said.

“The car is definitely a step in the right direction. Whether it’s enough, who knows. It all depends on our competitors really so, the team’s done a great a job but until we drive that Saturday evening in Bahrain for qualifying, I don’t think anybody’s going to know.

“Obviously the Ferrari engine was very off the pace last year and I think they’ll be making a good step forward so we need to make double that step just to stay on the same page as them.

“But I think, like I said, the guys have done a good job, it’s now down to see how our competitors get on. Fingers crossed but I think we’ll still make a small step forward in the right direction.”