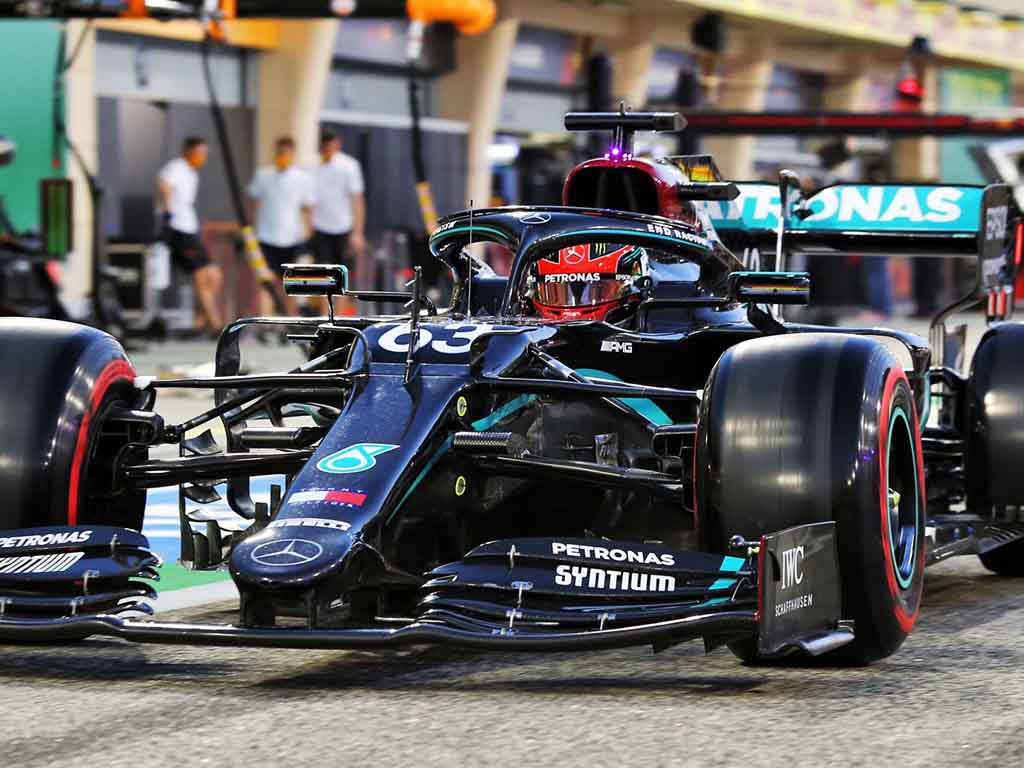 George Russell hopes his terrific Mercedes debut as Lewis Hamilton’s stand-in has given Toto Wolff “a headache” regarding next year’s driver plans.

Mercedes’ line-up for 2021 is expected to be, for the fifth consecutive season, Hamilton and Valtteri Bottas, although the Finn is the only one of that duo to have signed up so far.

Hamilton has yet to commit to a new contract, although as a seven-time World Champion his place is under no threat if, as generally anticipated, he decides to continue his career.

But questions have been raised about whether Mercedes may choose to tear up Bottas’ deal and bring in Russell from Williams, given how the 22-year-old Briton performed in comparison to his temporary team-mate at the Sakhir Grand Prix.

Deputising for Hamilton, who had contracted COVID-19, Russell pushed Bottas close for pole position in qualifying and then beat him off the start line in the race, holding the lead until both drivers were derailed by an uncharacteristic double-stack pit-stop blunder by Mercedes.

After that, Russell overtook Bottas – admittedly with the Finn on the same set of old hard tyres as before his failed pit-stop – and still had a chance to catch Sergio Perez for the race win until he suffered a puncture.

Russell has been strongly linked with a Mercedes seat for 2022 but is not yet ruling it out for next season, despite team principal Wolff publicly sticking to the story that Hamilton and Bottas will remain in situ.

Can’t change the past, nor things out of your control. Head held high and onto the next ✌️ pic.twitter.com/aGEfruIgDB

“I guess from Toto’s perspective, hopefully I’ve given him a headache, not just for 2022 but maybe sooner,” Russell told PA Sport.

“The best way to do your talking is on the track. This is a performance industry and I hope this weekend has cemented Mercedes’ views regarding me.

“Mercedes have supported me since the end of 2016 – they have followed my whole career very closely – and hopefully this is just another step on the ladder.”

Russell hopes for the opportunity to avenge his Bahrain misfortune in Abu Dhabi, but that will depend on whether Hamilton can return a negative COVID-19 test in time to travel.

“I would love to get the chance again in Abu Dhabi,” said the driver who is contracted to Williams for 2021. “I can build off the momentum of this weekend and deliver something decent.

“I could have been off the pace in Bahrain and fluked a podium, but I wouldn’t have been as satisfied as I am now because I know it was a well-executed weekend.

“With more and more races under my belt in this car I will just get stronger.”