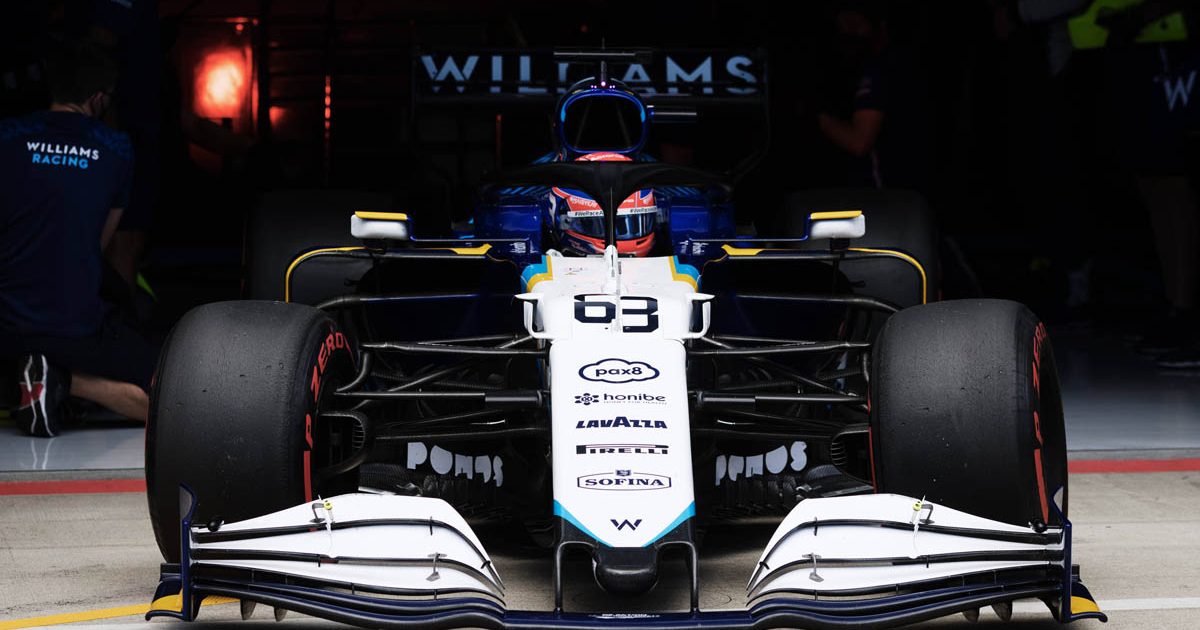 George Russell was left ruing his “typical” bad luck, after his retirement cost him a big chance of points at the Styrian Grand Prix.

The Williams driver had been running comfortably inside the top 10 in the first part of the race at the Red Bull Ring, but he first hit trouble in the pits with a slow stop, as his mechanics appeared to be working on his right sidepod.

The issue was not resolved, however, and he came in two laps later and dropped all the way to the back of the field – but the problem proved to be terminal and he retired from the race.

Rather than any damage to his car, Russell clarified that it was “just a technical problem” which was “something to do with the pneumatic pressure” in his car.

This one hurt. Every single member of the team should hold their head high today. We were up there on merit. Racing can be brutal but we keep fighting.

After missing out on an appearance in Q3 by the barest margin on Saturday, he was running well within the points in P8 and closing in on Fernando Alonso in the Alpine in front, while holding plenty of rival cars behind.

With his latest stroke of luck against him, the Williams driver was left wondering what might have been after an extremely promising start to the Styrian Grand Prix.

“It’s such a shame,” Russell told Ziggo Sport after retiring from the race.

“Racing is never easy. It’s never… fair is not the right word. You make your own luck, and ultimately, something went wrong today.

“But for us, we’re not here consistently, and it’s just typical. I don’t really know what to think or to say to be honest.

“It’s such a shame for everybody in the team. They’ve worked so hard for this, and it’s been such a long time coming.”

As well as Sunday’s result impacting on himself, Russell felt finally earning his first points finish with the team would have been a just reward for his Williams’ efforts.