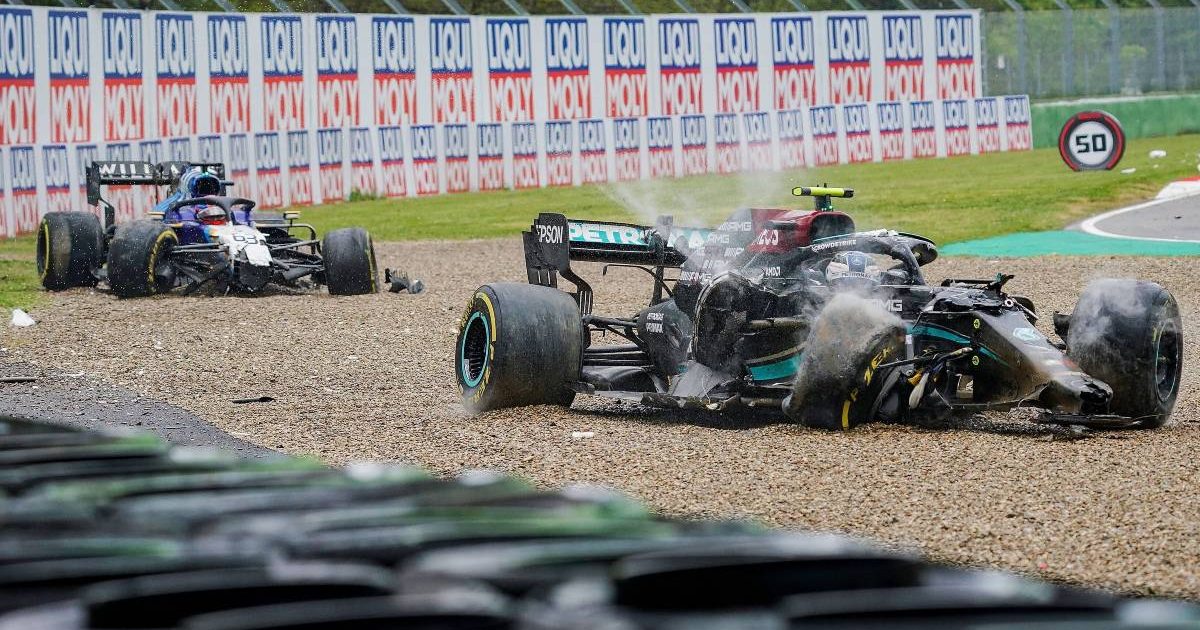 George Russell has apologised to Valtteri Bottas for the events of Imola, saying his emotions got the better of him.

Bottas endured a poor weekend at the Emilia Romagna Grand Prix. He would qualify P8, and then dropped a further place by the time that Russell was putting him under pressure in the race.

And the Finn’s Emilia Romagna GP would at this stage come to a dramatic end as he collided with Russell on the approach to Tamburello, making a mess of both the FW43B and the W12.

Russell was furious after the incident, giving Bottas a slap on the helmet and accusing him of trying to “kill” the pair of them.

Bottas too was angry towards Russell, putting full blame on the Williams racer, while Mercedes team boss and Russell’s manager Toto Wolff blasted his protege for the damage caused, saying it could hinder Mercedes’ ability to bring upgrades this season.

And now, with time to reflect on the incident, Russell has issued an apology to Bottas and Mercedes for his actions.

“Yesterday wasn’t my proudest day,” he wrote in a social media post.

“I knew it would be one of our best opportunities to score points this season and, when those points matter as much as they do to us right now, sometimes you take risks. It didn’t pay off and I have to take responsibility for that.

“Having had time to reflect on what happened afterwards, I know I should have handled the whole situation better. Emotions can run high in the heat of the moment and yesterday mine got the better of me.

“I’ve learned some tough lessons this weekend and will come out of this a better driver and a better person for the experience.

“Now it’s full focus on Portugal and a chance to show what I’m really about. Thanks for all the messages, both positive and negative. They will all help me to grow.”

Russell is in contention to replace Bottas at Mercedes for 2022, so with the apology issued he will hope his chances have not been seriously damaged.