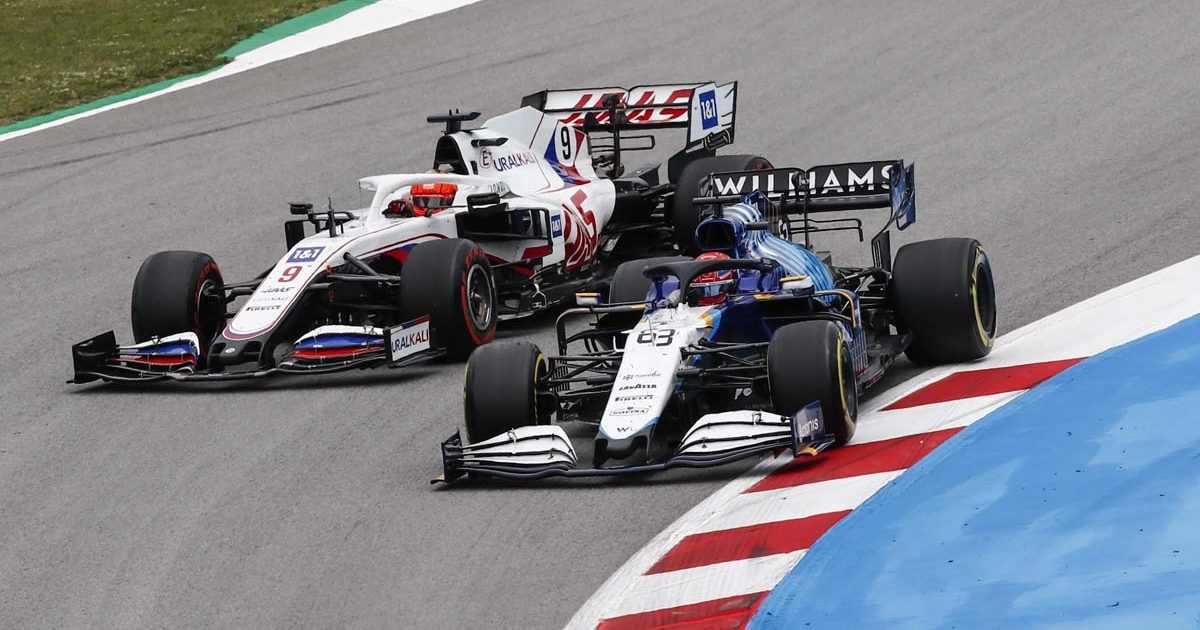 George Russell said that his Williams was “joyous” to drive during the Spanish Grand Prix, saying his car was the best it has ever felt.

The team decided to take a different strategic approach to their competitors during the race, double-stacking Russell and Nicholas Latifi during the early Safety Car period to ensure their drivers could run higher up in the order.

Both cars were running in the points after the remaining teams’ first round of pit stops, and Russell remained in contention for his first points finish at Williams until late in the race.

He had been running within DRS range of Alpine’s Fernando Alonso, who had been struggling on old tyres in a packed battle for P10 at Barcelona.

Russell eventually came home P14, but he’s pleased with the progress Williams have made with the FW43B this year so far as he chases that elusive top-10 finish.

“Who knows what would have happened had I just have managed to clear Alonso?” Russell asked after the race, per GPFans. “It was very difficult but all in all I think we did a pretty good job.

“The car felt the best it has ever felt in a race, the best I can remember and that makes it so joyous to drive compared to normal, most of which I put down to just a calm day. We know the beast we have.”

Gambled on strategy today but it didn't quite pay off. Credit to the team for trying something different. If we keep pushing those boundaries, the results will come. 🤜🤛 pic.twitter.com/yurSrlbAJ1

“If I had just managed to clear Alonso then who knows, but actually just having Alonso ahead of me helped keep those faster cars behind because I had the DRS.

“They have half a second of car pace and probably a second of tyre pace, then it would have been an incredible task. But I am really pleased we rolled the dice and we found ourselves in that position.”