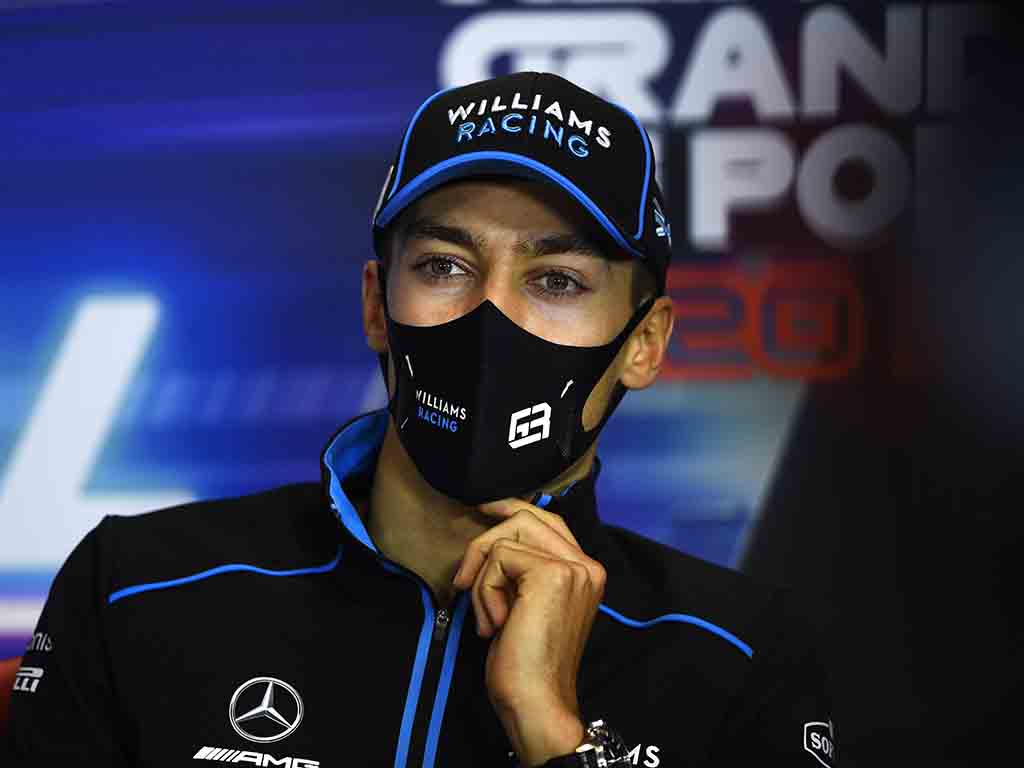 George Russell thinks Sergio Perez’s camp has started the Williams rumours to try and apply pressure on the likes of Red Bull.

Russell’s future has suddenly been placed into doubt due to a combination of new ownership at Williams and the arrival of Perez on the driver market for 2021.

Dorilton Capital are believed to be re-assessing their driver options for 2021 and, due to the significant sponsorship that Perez brings, has emerged as a potential option.

A Perez arrival at Williams would come at the expense of Russell who does not have the same financial backing compared to the Mexican and his current team-mate Nicholas Latifi.

But Russell suspects the rumours are all part of Formula 1’s latest round of silly season and are designed to put pressure on Red Bull to make a decision on their driver line-up, with Perez also on the shortlist there to replace the struggling Alex Albon.

“Nothing’s changed,” Russell told The Race when asked if there was any change in status with regards to him driving for Williams in 2021.

“I try and do my talking on the track and, as I said before, I am not concerned for next year. I know Mercedes and Toto [Wolff] have my back, Toto himself has told me that, which I absolutely trust.

“I think all of this speculation has probably been fed by the Perez camp, who are trying to apply pressure on other teams, potentially [for] a Red Bull seat, so that’s my view on it.

“I’ve got a contract, I’ve got nothing to worry about and I’m just here focusing on my job.

“They [Williams] have said they have no idea where these rumours have come from.

“They never like to comment on contractual situations, obviously following Simon’s [Roberts] press conference on Friday, things again were taken probably slightly out of context, which is what the team didn’t want to do.

“Ultimately, the team didn’t want to comment on it because they felt it isn’t necessary and it’s just opening themselves up to further queries later down the line.

“But like I said, I’ve got a contract and I’ll be on the grid next year and I’m very confident of that.

“I think something pretty substantial would have to happen in the coming weeks for it to change.”

Russell also said that he has received assurances from Williams’ new owners Dorilton Capital amid the Perez rumours.

“They have been here, I spoke with them,” Russell said.

“They said ‘don’t worry, everything’s going to be fine’.

“We had a small chat about it and moved on to talk about the rest of this year moving into next year and how we’re going to push the team further forward, which is enough for me.”