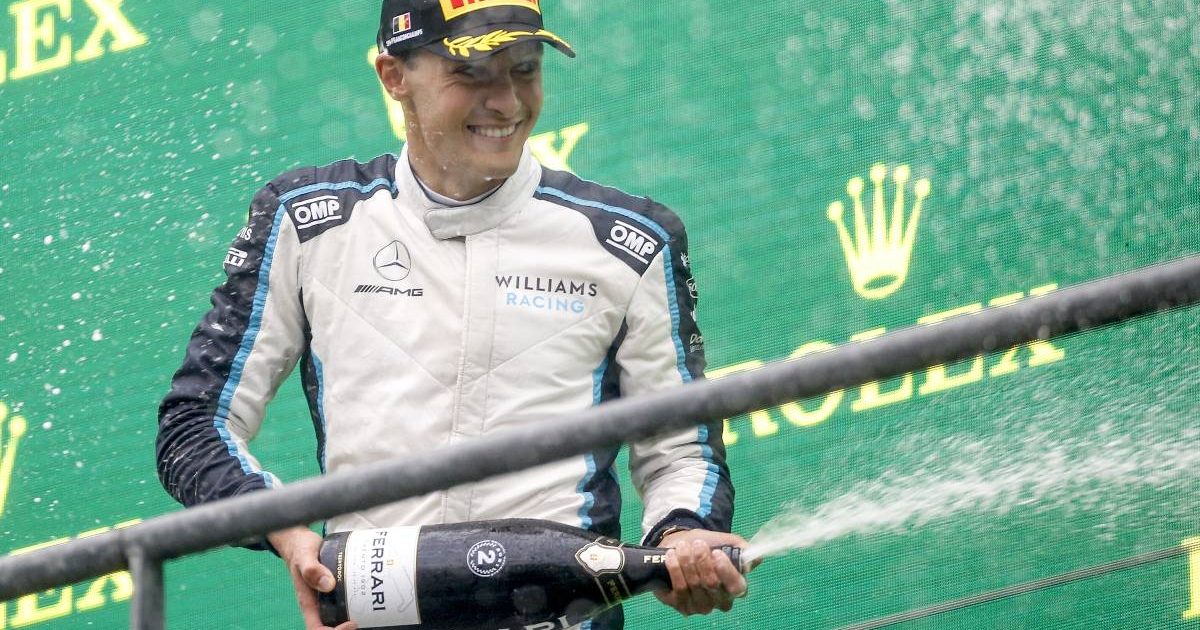 George Russell says he has revelled in reaching new milestones but “it’s never enough” until he reaches his ultimate goal of becoming World Champion.

Having largely run at the tail end of the field for Williams, an improved car in 2021 saw him able to challenge for places in Q2 and Q3 more regularly.

He was in tears after finally securing his first points for the team in Hungary, two-and-a-half seasons after his Formula 1 debut, and earned his first official podium finish after a stunning qualifying lap at Spa put him on the front row. The subsequent washout saw him awarded half points and the P2 trophy in the end.

Russell said previously he is not feeling any extra pressure after making the step up to Mercedes and that each new benchmark he has set himself will never satisfy him until he wins a World Championship.

“Obviously I want to be a winner, I want to be a World Champion, and we spent the whole time at the back of the grid,” Russell said in an interview with Crash.net.

“But then you want to be in Q3 at every other event, or every event. Until you are World Champion, it’s never enough.”

Russell made significant progress during his time at Williams and said he was “grateful” to gather experience away from the limelight at the front of the field, and hopes to use that to his advantage in what he hopes will be a title-challenging season in 2022.

While Russell added he would of course have preferred to have fought further up the field more regularly at Williams, those results would not have made much difference to him in the grand scheme of things.

“I’m still learning my trade and if I’m P10, I’m still not World Champion so I’m not overly fussed.

“I’m more grateful to have been able to learn my trade a bit under the radar, and being prepared as much as possible for when I do have a car that hopefully can help me achieve what I want to achieve.”