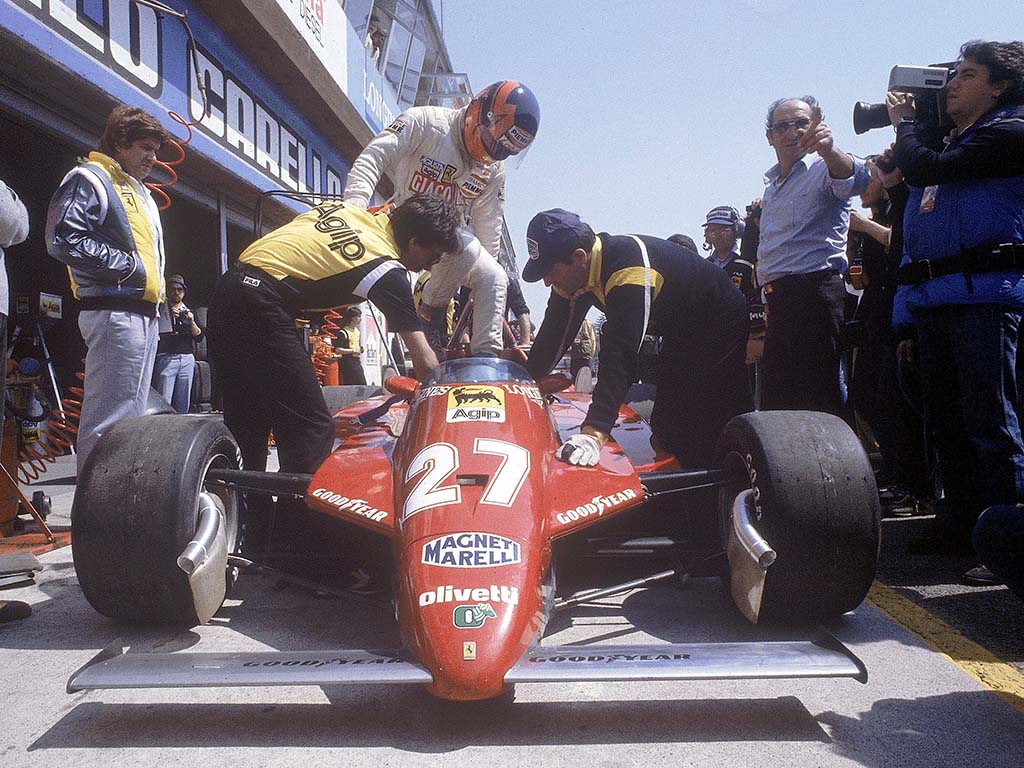 Ahead of Tuesday’s launch, a report in the Italian press has suggested Ferrari’s 2020 car will pay tribute to late 70s, early 80s era of the team.

According to Il Corriere della Sera, Ferrari’s new car will once again feature a matte finish to help save some weight, but will be a darker red this year to remove all suggestion that there is a hint of orange, something that was observed with the 2019 challenger.

The report also states that the new Ferrari will sport somewhat of a retro look through the driver numbers that feature prominently on the car.

The bold, white numbers are set to feature a small white outline around the numbers evoking memories of Jody Scheckter and Gilles Villeneuve. The article says ‘it is a tribute to a period of great competitive intensity, linked to the unforgettable ’27’ of Villeneuve.

There is also speculation over what Ferrari will call their car, which is currently known as ‘Project 671’. Il Corriere della Sera suggests the SF1000 is a popular choice as the Scuderia will reach their 1000th Formula 1 race this upcoming season. Another frontrunner is the SF20.

As to what we can expect of the car from a technical perspective, Sky Italia’s Fabiano Vandone told the Pit Talk podcast there will be some major aerodynamic changes.

“Ferrari will make a big change from the aerodynamic point of view,” he said.

“The concept of light aerodynamics is maintained but they are trying to work on increasing the load because it was crucial 2019 to redefine the balance of the car according to a greater quantity of load.

“When Ferrari worked in the right direction, let’s say from September onwards, increasing the load, the car automatically started to improve performance, not only in qualifying but also in the race.

“So Binotto’s goal for this upcoming season is to go precisely towards a greater aerodynamic load to grip the tires and bring them up to temperature quicker, improving the race pace and reducing deterioration.”