Home News Giovinazzi P1 ahead of Gasly and a troubled Ferrari 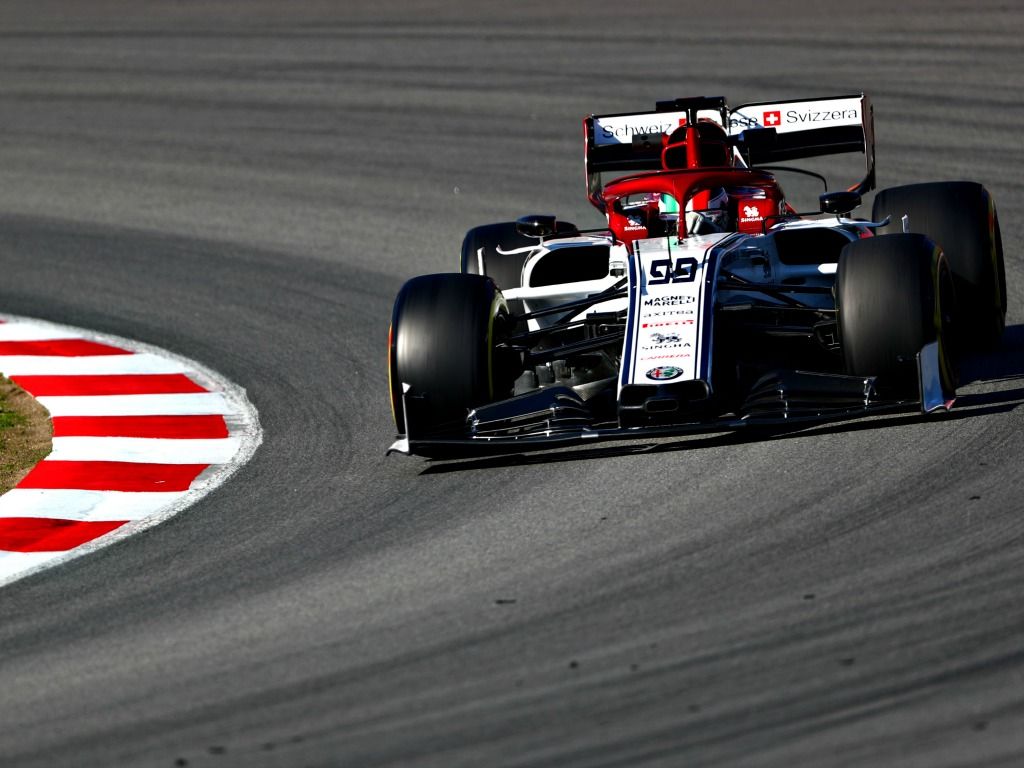 Antonio Giovinazzi may have set the pace on Tuesday morning in Spain but all eyes were on Mercedes’ updates – and Ferrari’s minimal running.

Taking to the Circuit de Catalunya for the start of the second and final pre-season test, Lewis Hamilton emerged from the pits with a new-look Mercedes W10.

The car featured a new front wing and nose, revised bargeboards, chassis fins and T-wing, as well as a new floor and more compact sidepods.

According to whispers in the Barcelona paddock, this is the spec W10 that Mercedes will take to Australia.

Hamilton covered 83 laps, one of the busiest drivers on Tuesday morning, and clocked the eighth fastest time with a 1:20.332.

That put him 1.743s behind Giovinazzi, who was set the pace in the Ferrari-powered Alfa Romeo.

Second went to Pierre Gasly, who had led the way throughout the morning only to be pipped by Giovinazzi with 15 minutes before the lunch break.

Ferrari’s Charles Leclerc was third fastest, 0.062s off the pace, despite his SF90 suffering cooling problems.

Having reeled off the laps in the opening test, Ferrari were limited to just six in the first three hours on Tuesday.

The Scuderia, who had Leclerc in the car, explained their silence by saying they were “checking a few things”.

They later revealed that it was a cooling issue.

We have done all our checks on the cooling system and we will be back on track very soon. #SF90 #essereFerrari #F1Testing pic.twitter.com/jdaDzcGLjI

Leclerc returned to the action for the final hour before lunch, laying down laps and moving up to third on the timesheet.

Lance Stroll was fourth ahead of Kevin Magnussen, who spent his morning focused on long runs in the Haas, and Williams rookie George Russell.

After losing more than two days of the opening test, Williams were determined – and desperate – to get in as much running as possible.

It was a solid start to the test for Russell who managed just 40 laps last week.

Heading towards lunch and @GeorgeRussell63 is working up an appetite by improving to a 1m19.662s 👌

Alexander Albon was next in line, ahead of Hamilton, while Nico Hulkenberg was ninth quickest as Renault had a busy morning covering 80 laps.

Meanwhile Lando Norris caused the only red of the morning when he lost control and beached his MCL34 in the gravel at Turn 3.

The recovery vehicle was quickly on hand to give the McLaren a lift back to the pits with Norris not able to return to the track before lunch. 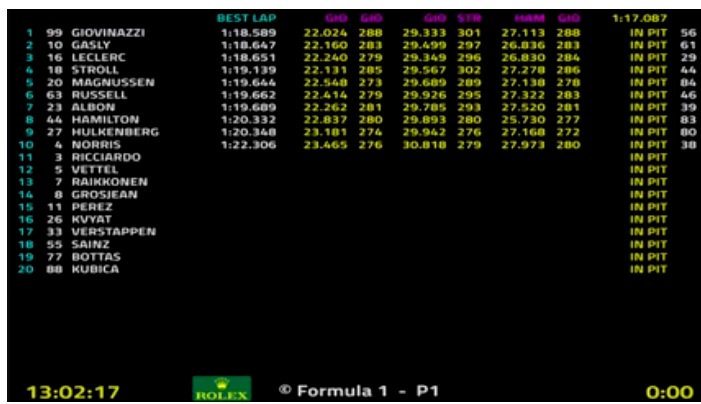