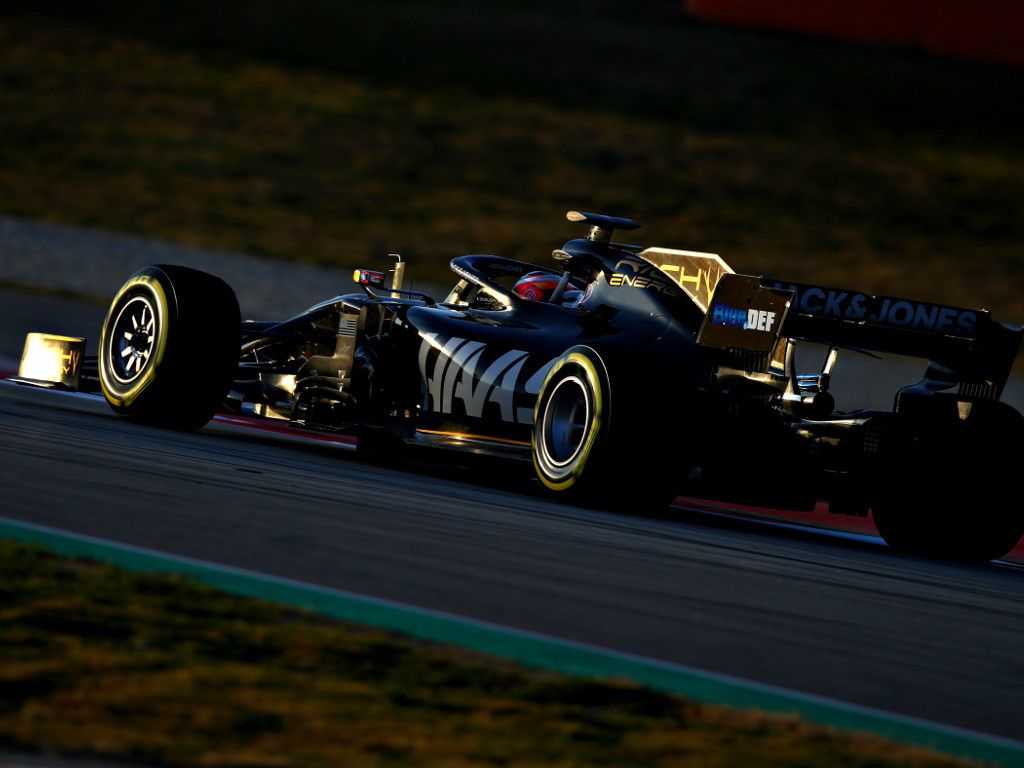 One of several drivers to suffer a spin in the cold in Spain, Romain Grosjean has questioned F1’s decision to drop the temperature of the rear tyre blankets.

Grosjean put the newly-unveiled Haas VF-19 through its paces at the Circuit de Catalunya on Monday, only to find himself facing the wrong direction on an out-lap.

Grosjean has blamed the tyre blankets, which this year have been dropped to 80°C for the rears while the fronts stay at 100°C.

“We’ve got new tyre blanket temperatures, at 80 degrees, and when the track is four degrees, it just doesn’t work,” he said.

“In the afternoon it was still a struggle to get the first timed lap.

“I don’t really know why we went so low in blanket temperature, I don’t think it’s the right thing, and could be tricky on some occasions.

“I just went on the throttle and the rear was facing forwards.”

“We already know the Pirelli tyre has quite a narrow window, and if we go out at 80 degrees behind the safety car, we’ll find ourselves at 50 quite quickly, and that’s when it becomes tricky.”

Pirelli F1 boss Mario Isola has downplayed Grosjean’s concerns, revealing that many teams would drop the temperature of their rear tyres during last year’s championship.

“We tested 80/80 in Abu Dhabi and the reasons we did that was to see if the warm up was still acceptable,” said Isola. “But the running pressures are a lot more in line with the starting pressure starting at 80 degrees.

“Talking to the teams in general they were worried about possible issues with the front warm up. Because the front is a bit more tricky they had to put some energy on the front tyre.

“Nobody is worried about the rear tyres – last year we saw in a lot of races that the out-lap was very slow in order to keep the rear temp very low, or some teams were removing the blankets in advance in order to cool down the tyres, so we decided to go to 80 degrees.”