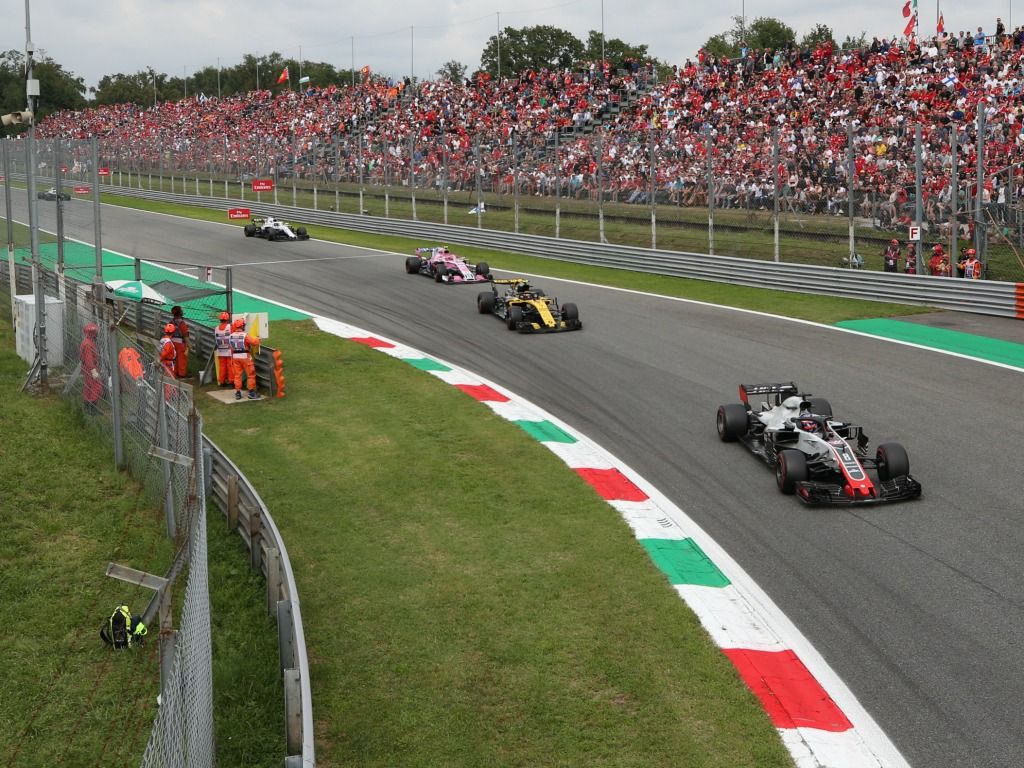 Romain Grosjean has been excluded from the Italian Grand Prix after the FIA deemed he was running an illegal floor at Monza.

Grosjean finished P6 in Sunday’s race, then three places ahead of Carlos Sainz to draw Haas level with the Enstone team on 84 points in the battle for fourth spot in the Constructors’ Championship.

But Renault immediately lodged a protest with the race stewards, sensing something was amiss with the Haas car.

And, following a thorough investigation, the FIA have found Haas in breach of the regulations.

“The stewards of the meeting have requested, that the technical delegate inspects the floor of car number 08, driver Romain Grosjean, for compliance with Article 3.7.1 d) of the 2018 Formula One Technical Regulations in relation to clarification given in TD/033-18 published on 25 July 2018,” the statement from the stewards read.

The FIA had previously told Haas “a radius of 50mm ( /-2mm) must be applied to each front corner of the reference plane” in time for the Italian Grand Prix, but the American outfit had requested until the Singapore Grand Prix to resolve the issue.

The stewards said: “It was made clear to the competitor from the outset that the FIA Technical Department did not consider their car to be in compliance, and further that they left themselves open to the circumstances they now find.”

Grosjean’s disqualification shakes up the classification, with Williams’ Sergey Sirotkin notably moving up to P10 to secure his first-ever point in Formula 1.

The decision also means Renault are back clear of Haas in fourth spot in the Constructors’ Championship.

Haas have the right to appeal the outcome.