Home News Grosjean: Do we want Q3 in Russia? 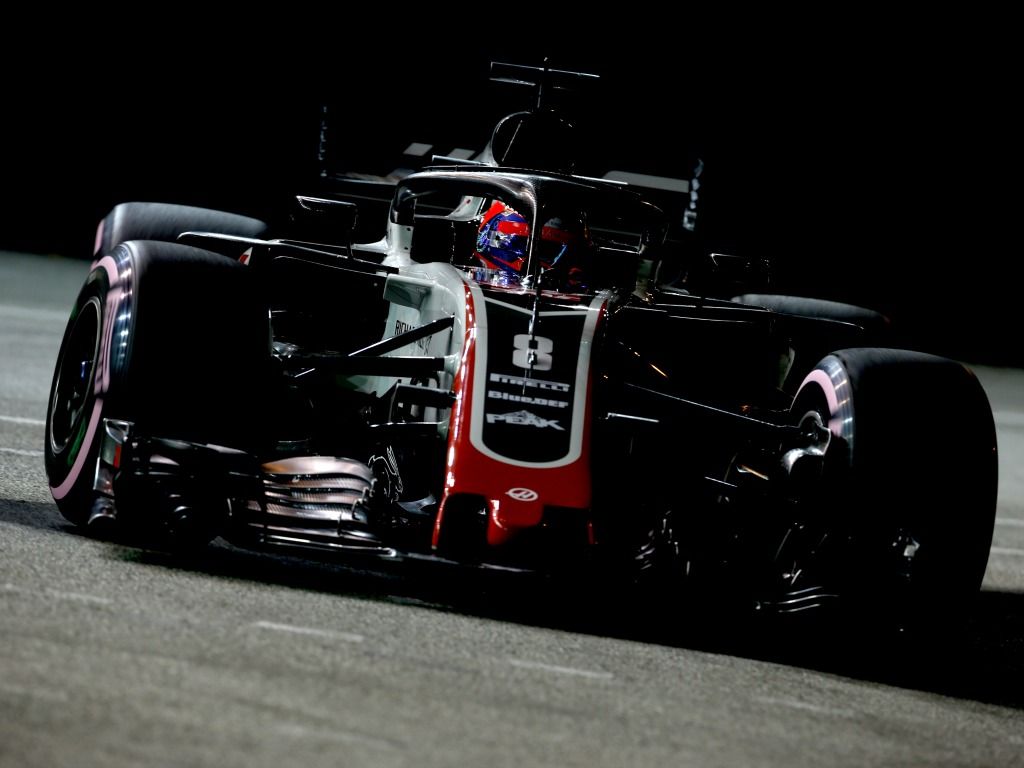 Romain Grosjean has posed the question as to whether the Haas team would want a Q3 outing in Russia, after what happened last time out.

In Singapore, the Frenchman made it into the top ten shootout, but suffered in the race because they had to start on the hypersoft tyre.

After the top six, only one of the other four drivers to reach Q3 finished in the points at Marina Bay.

Grosjean finished down in P15, with insult added to injury when he was given a five-second penalty for ignoring blue flags.

“The problem in Singapore was qualifying in the top ten with the hypersoft,” Grosjean said.

“It didn’t last very long in the race compared to the ultrasoft and the softs.

“It made the strategy very complicated.”

The Haas driver has asked the question as to whether they would want to reach Q3 in Sochi, depending on how good the hypersoft tyre works.

“In Sochi, we’ll need to see how the hypersoft performs. It’s a really good tyre on one lap, but what’s the tyre life?” the Frenchman continued.

“We’ll need to decide if we want to go through to Q3 in qualifying, or if there’s anything we should do differently.

“You don’t want to be qualifying in the top ten and then not have a chance to score points in the race.”

Despite the issue with the tyres, Grosjean believes that they will be able to overcome that in Sochi.

“I think the car worked very well, which is very encouraging after a difficult Monaco. Sochi should be a good track for us,” he continued.

“It’s key to get the tyres to work in Russia, and that’s something we haven’t done very well in the past.

“I’m sure this year we’re going to be much better. I’m very much looking forward to getting there and enjoying it.”

However, Haas will go into this race further behind in the race for P4 in the Constructors’ Championship, after the Singapore setback.

The American outfit are now 15 points behind Renault, who are currently ‘best of the rest’, and Grosjean knows they cannot afford another bad weekend.

“It’s very exciting, very interesting. We’re going to do everything we can to definitely get that fourth position in the Constructors’ Championship,” he added.

“A lot can happen. It’s very open. I think it’s going to go until the end of the year. It’s great fun.”

In the Drivers’ standings, Grosjean remains down in P14, 21 points behind team-mate Kevin Magnussen.