Home News Grosjean: Haas deserved a good drive from me 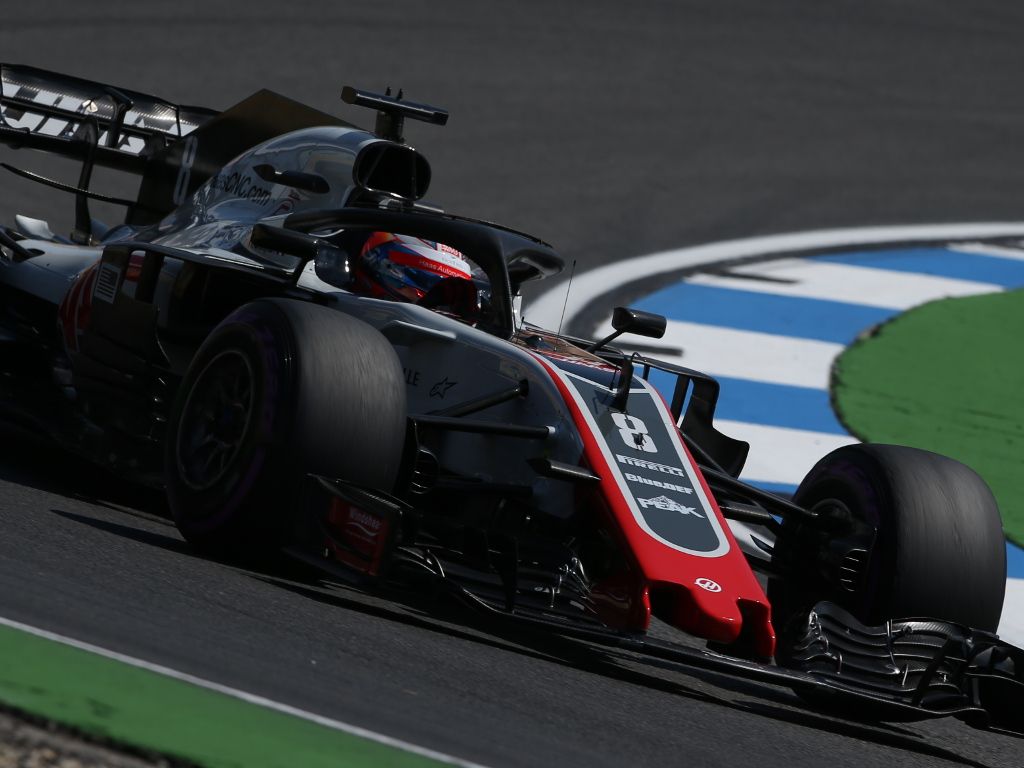 Racing from 10th to sixth in the final 10 laps of the German GP, Romain Grosjean admits Haas “deserved a good” result from him after his recent troubles.

Grosjean arrived at the Hockenheimring under a cloud after hitting his team-mate Kevin Magnussen at the British Grand Prix before retiring in a crash with Carlos Sainz.

He qualified in sixth place for the race but lost ground as Lewis Hamilton and Daniel Ricciardo charged through the field.

Showers late in the grand prix saw Haas swap to intermediate tyres only to change back to ultrasofts behind the Safety Car.

Grosjean charged from 10th to sixth at the chequered flag.

“That was good fun. It was a good end to the race,” said the Frenchman.

“Obviously, we didn’t quite get the right choice putting inters on, as the track dried really quickly for some reason.

“It was a bit of luck, a gamble, but we came back on slicks, and I had amazing fun through those last laps.

“I was just pushing it to the limit and going for it.

“I think we would’ve been quite happy to be where we were before the rain came, and then, obviously, it rained.

“The boys deserved a really good drive from me, and I had fun doing it.”