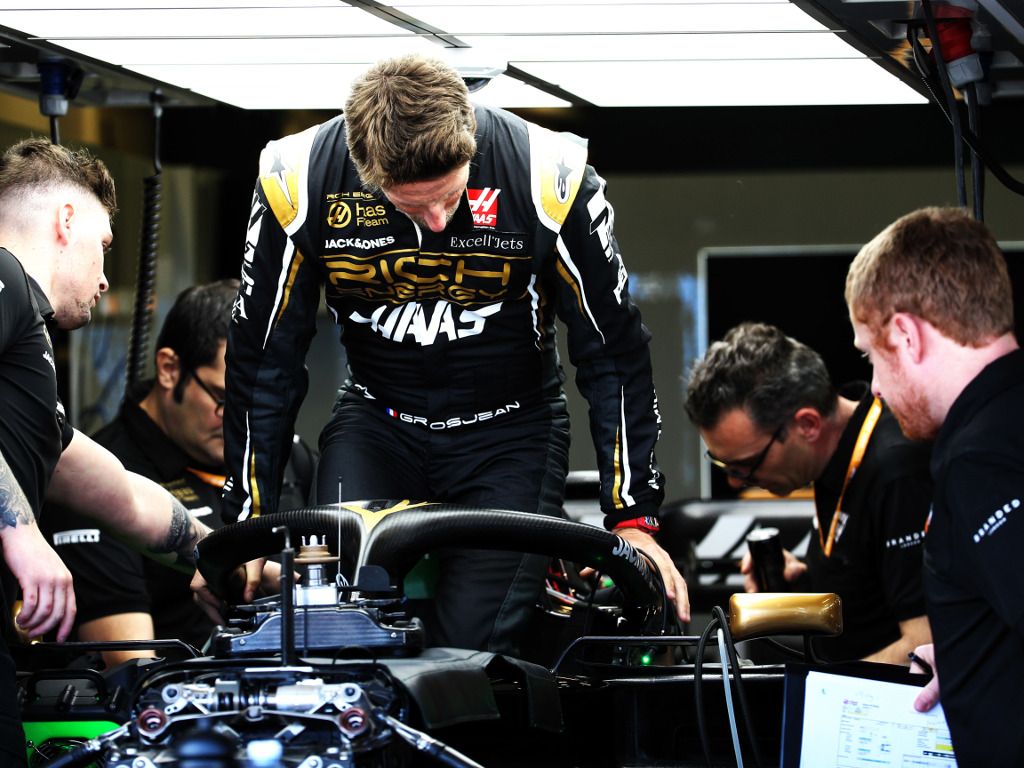 Sebastian Vettel has been cleared by the stewards after allegedly driving too slowly in qualifying, but Romain Grosjean wasn’t so fortunate.

Grosjean has been docked three places on the grid for tomorrow’s Bahrain GP after blocking McLaren’s Lando Norris at the final corner in Q1.

The Haas driver will now start in P11 and was also given a penalty point, putting him on a total of eight, which leaves him four away from a potential ban.

It was a good day until…
What to say…no much. We will have a good day tomorrow

“The driver of car eight [Grosjean] stated that he was about to commence a push lap when he was overtaken by car five [Sebastian Vettel] and thus slowed significantly to maintain a sufficient gap,” the stewards report read.

“He was not advised by the team of the rapid approach of car four [Norris], which was on a push lap. The speed differential was 136 km/h at the point where car four had to take avoiding action.”

Haas did not inform Grosjean of the approaching Norris until he was almost upon the final turn.

The stewards said they “accept that the driver of car eight did not intentionally intend to impede, however it is the driver’s responsibility to be aware, when travelling abnormally slowly, that faster cars may be approaching.”

Meanwhile, Vettel was summoned and later cleared by the stewards after allegedly driving too slow during qualifying.

He would later go on to claim P2 behind team-mate Charles Leclerc for Sunday’s race.

Vettel was investigated for an “alleged breach of Article 27.4 of the FIA Formula One Sporting Regulations and failing to observe the Race Director’s instruction, document 2 (item 16.1), driving unnecessarily slowly on an in lap at 18:13 during qualifying.”

However, the stewards accepted Vettel’s explanation for the incident.

“The driver stated he was on a push lap and, when coming into Turn 1, he heavily flat spotted both front tyres. He aborted the lap however the car was experiencing severe vibrations (as evidenced by the telemetry tabled in evidence),” the stewards concluded.

“As a result, the driver could not maintain the speed required to meet the requirement to stay below the maximum time specified in Document 16 of 1.55.0s between the Safety Car lines.”