Home News Grosjean: I wasn’t to blame for K-Mag crash 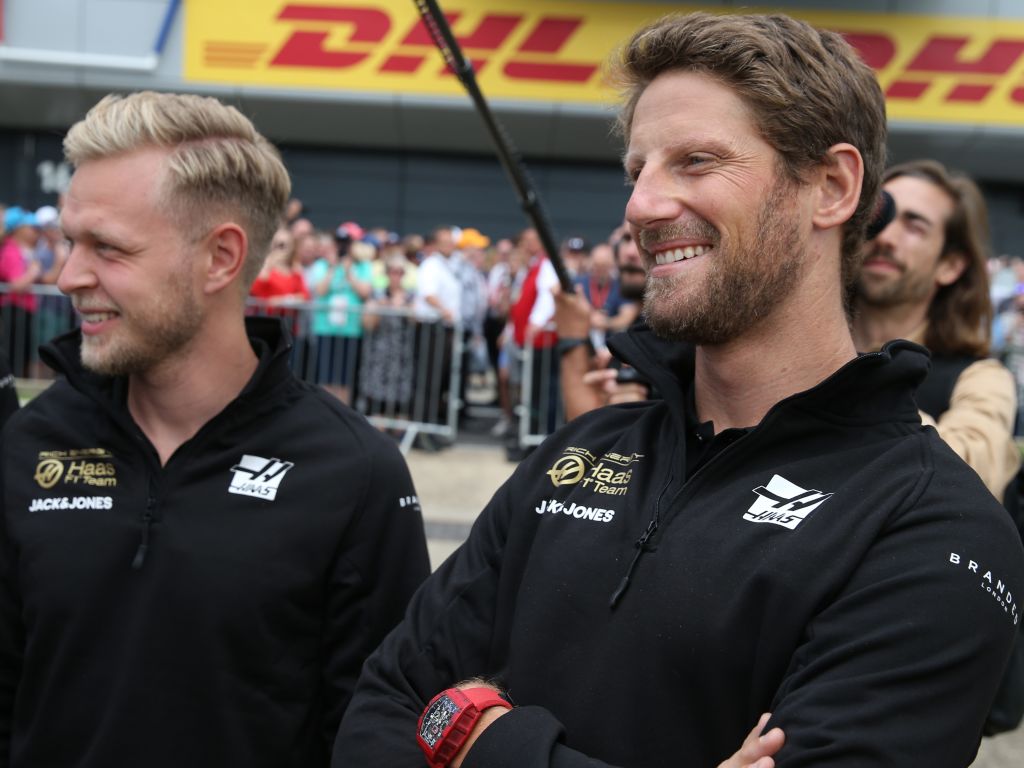 Romain Grosjean believes he wasn’t to blame for the first-lap collision with team-mate Kevin Magnussen which ruined the British GP for Haas.

The pair collided at the start of the Wellington Straight as Magnussen tried to go around the outside of Grosjean, leading to punctures for both.

Magnussen pitted at the end of Lap 1 to swap onto the hard tyres, while Grosjean followed on Lap 2, but the damage caused the Haas duo to retire on L7 and 8 respectively.

It was another disastrous race for Haas, and with all the drama surrounding Rich Energy, including the trolling aimed their way by their former sponsor, it was the last thing the team needed.

Grosjean didn’t place any blame on his team-mate, but also made it clear that he didn’t think the incident was on his shoulders.

“It’s difficult to say anything. Something touched my rear wheel and punctured me. That’s in a spot I can’t see, it’s a blind spot.” Grosjean told reporters afterwards.

“The damage was too big to carry on, and we had to retire the car. I don’t really know what happened, it just felt like my rear tyre punctured on the straight. I was just doing my corner behind the two Alfas, staying on the racing line, and something touched my right rear tyre.

“When the tyre delaminated, we had a lot of floor damage, a lot, due to the rear puncture. There was damage to the brake duct as well. The downforce loss was too big. I didn’t really feel the contact and I haven’t seen the footage yet so I’m going to go watch it now.

“The boss will call us in but from my point of view, there’s nothing I think I did wrong.”

Grosjean had returned to running the Australia-spec VF-19 at Silverstone as the team searched for answers to their problems this season, and the incident cost them valuable data collection.

“It’s a shame, because we wanted to do the comparison between the two cars over a race. It felt really good going to the grid and I had good hope for the race and obviously that was gone straight away,” admitted the Frenchman.