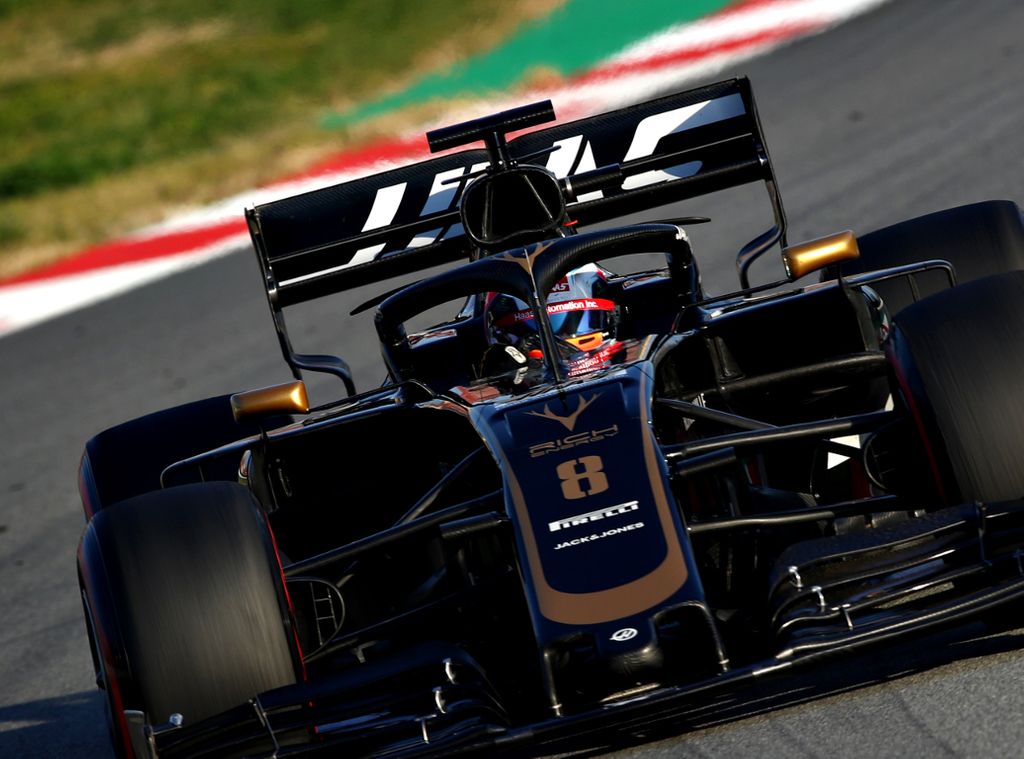 Romain Grosjean has joined the list of drivers likening the new rear wing to a “parachute”, saying without DRS drivers are “sitting ducks.”

Formula 1 introduced new aerodynamic regulations ahead of this year’s championship, most notably changing the wings.

Both the front and rear wing have been made wider and simpler.

The larger rear wing not only becomes a “parachute” for the driver, as billed by Grosjean, but has been designed to punch a bigger hole in the air thus benefitting the car behind.

“Definitely when you don’t use your DRS you feel like a sitting duck on the straight,” the Haas driver told RaceFans.net.

“You’ve got a parachute on your back.

“So it will be interesting to see how into racing with it, and what’s happening. But the DRS effect is big now.”

Grosjean, though, has yet to experience whether the new design does assist the car behind.

He added: “I haven’t really followed in a car yet to find out if that’s changed a lot or not.

“I was hoping when we were doing long runs that I could find someone and see how it would go.”