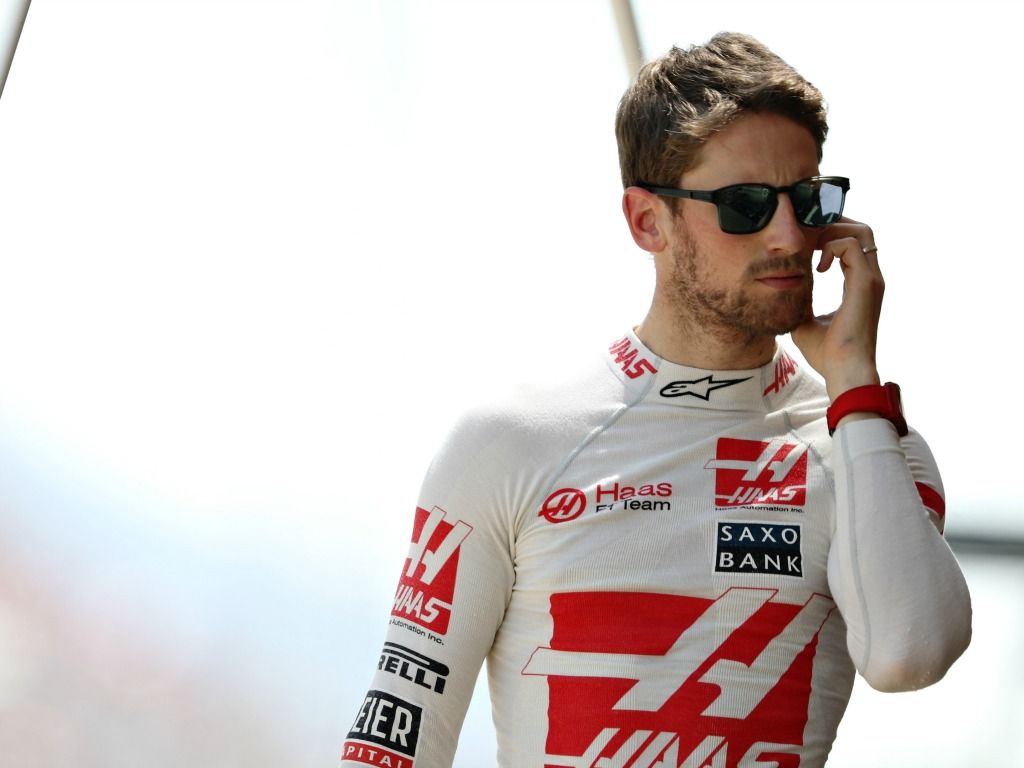 Two incidents in one grand prix, one involving his team-mate, saw an action-packed British GP for Romain Grosjean end in retirement.

The Haas driver’s afternoon at Silverstone began with a collision with his team-mate.

Fighting for position at the start, both drivers locked up under braking and Grosjean slid into Kevin Magnussen.

Grosjean said: “At the beginning of the race with Kevin, I think it was a mistake from both of us.

“It shouldn’t happen, so we need to work on that to ensure it doesn’t happy anymore.

“That obviously cost us a lot of positions on the first corner.”

From there, though, it went from bad to worse as Grosjean and Sainz battled for position after the first Safety Car.

Their antics, deemed racing by the stewards, resulted in a second Safety Car.

Both spin out into the gravel 😬#BritishGP 🇬🇧 #F1 pic.twitter.com/2E1yKeeaX9

“After that, with Carlos, I haven’t studied the footage, to be fair,” Grosjean continued.

“It felt like he turned in quite hard on the corner and didn’t give me much room on the inside.

“I tried to go on the brake to avoid a contact, but there was not much room for me to go. It’s a shame.”