Home News ‘Grosjean to be fired, Haas keen on Ocon’ 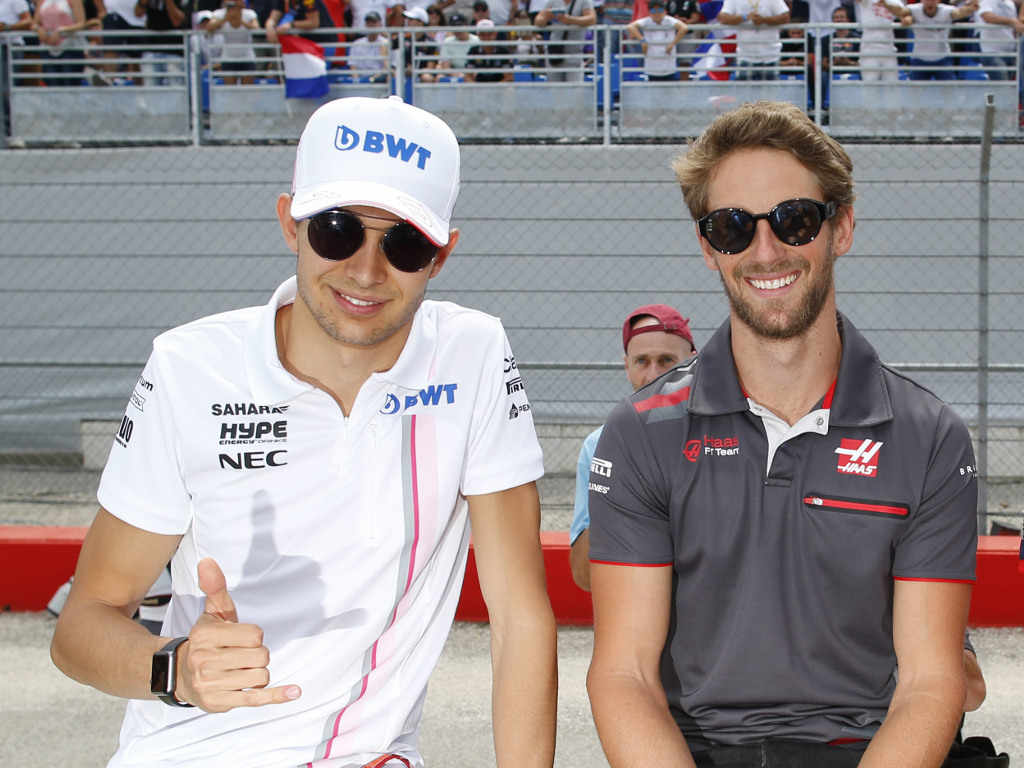 Silverstone was the final nail in Romain Grosjean’s Haas coffin with the Frenchman set to be fired in favour of signing Esteban Ocon, or so the rumour mill says.

Grosjean is once again another struggling for form but while last year that meant one crash too many for the stewards, putting him on the cusp of a one-race ban, this year he has made too many mistakes for team boss Guenther Steiner’s liking.

Bagging just two points in nine races, Grosjean reverted to Haas’ Australian Grand Prix spec for the British Grand Prix in hope of getting to the bottom of the lack of speed.

That plan, though, came to naught when the Frenchman and his team-mate Kevin Magnussen crashed on the opening lap.

Both drivers would retired before lap 10 as a result of the damage.

Team boss Steiner was furious, announcing that both drivers were in “trouble” and that he didn’t even give them chance to defend themselves in the post-race briefing, instead telling – probably with a few cuss words involved – how “unacceptable” their antics were.

According to the F1’s latest rumour, that race may have be Grosjean’s last with the team.

A Reddit user, who claims to have access to people in the know, says he has heard that team owner Gene Haas has given Steiner permission to drop Grosjean and open talks with Mercedes reserve driver Ocon.

“What I’m hearing is that after the British GP, Steiner was furious at the drivers, blew up at them (for obvious reasons) and phoned Gene Haas for permission to fire a driver,” wrote F1ThrowawayF1.

“Word in the paddock is that they are looking at Ocon to replace Grosjean. If possible, by the next grand prix.

“That’s all I can say for now. If this turns out to be correct, I’ll be back with more.”

Ocon was sidelined this year after failing to secure a 2019 drive.

The Frenchman though has made it clear his goal is to return to the F1 grid with Toto Wolff revealing Mercedes are willing to cut ties with the driver if that’s what it takes.