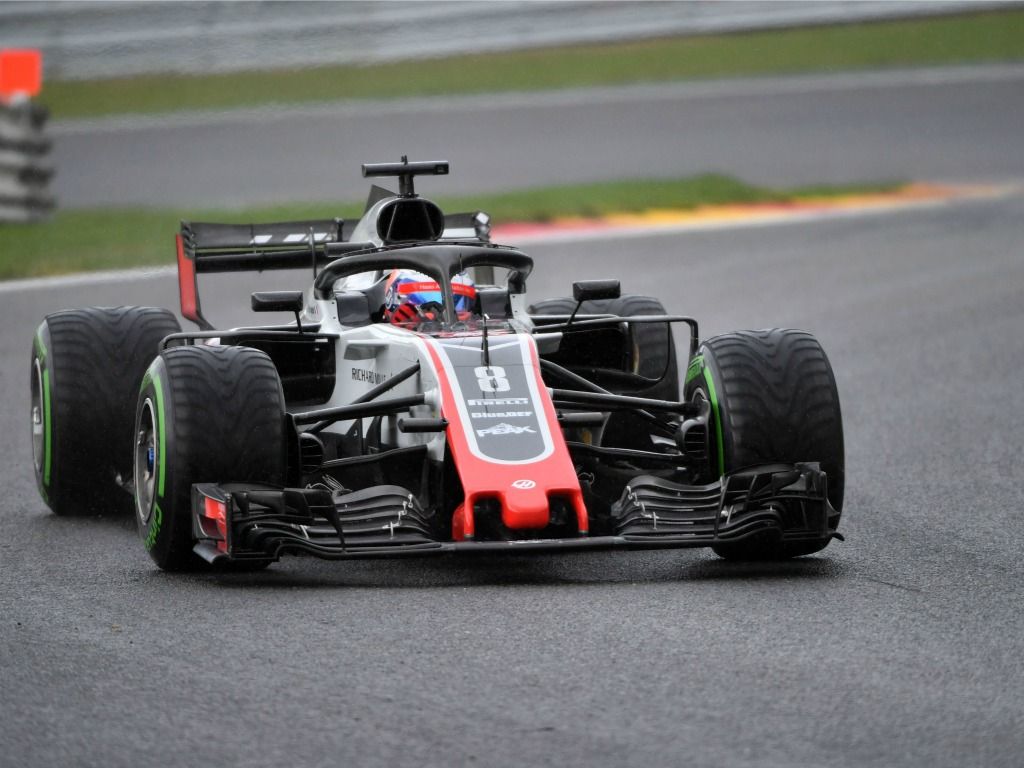 Romain Grosjean has admitted that he fancied a run on slick tyres as the rain started to come down at the start of Q3 on Saturday afternoon.

The Frenchman decided not to do so around the tricky Spa-Francorchamps circuit, and it paid off, as he qualified in P5 for the Belgian Grand Prix.

That P5 grid slot equalled the highest that the Haas team have managed since they entered the sport at the start of 2016.

Grosjean also admitted that the conditions were testing around the 7.004km circuit nestled in the Ardennes Forest.

“It wasn’t easy, but it’s great to have a qualifying session like this – beating some of the top teams and ending just behind the Force Indias, who were very strong in the wet conditions,” Grosjean said.

“We’re fast in the dry as well, which is good. I think we were in front of one of the Red Bulls most of the time – that’s quite exciting, as well.”

The teams involved in Q3 knew they had to get their men out early to get a time in on the slicks before the rain came in.

However, the rain arrived too soon, with only the two Force Indias attempting to set a lap on the supersofts, before returning to the pit lane the next lap.

Grosjean admitted that he was ready to give it a go on the slick tyres, but that it was a “close call” but both he and the team eventually decided against it.

“I was tempted to go for it, but I think it was just too wet, so everyone went for the intermediates,” the Frenchman added.

“I’m happy with our performance, especially knowing that our last qualifying in the wet, we were not so good.”

Grosjean’s team-mate, Kevin Magnussen, did not perform so well in the wet conditions, and will start the Belgian Grand Prix from the fifth row.