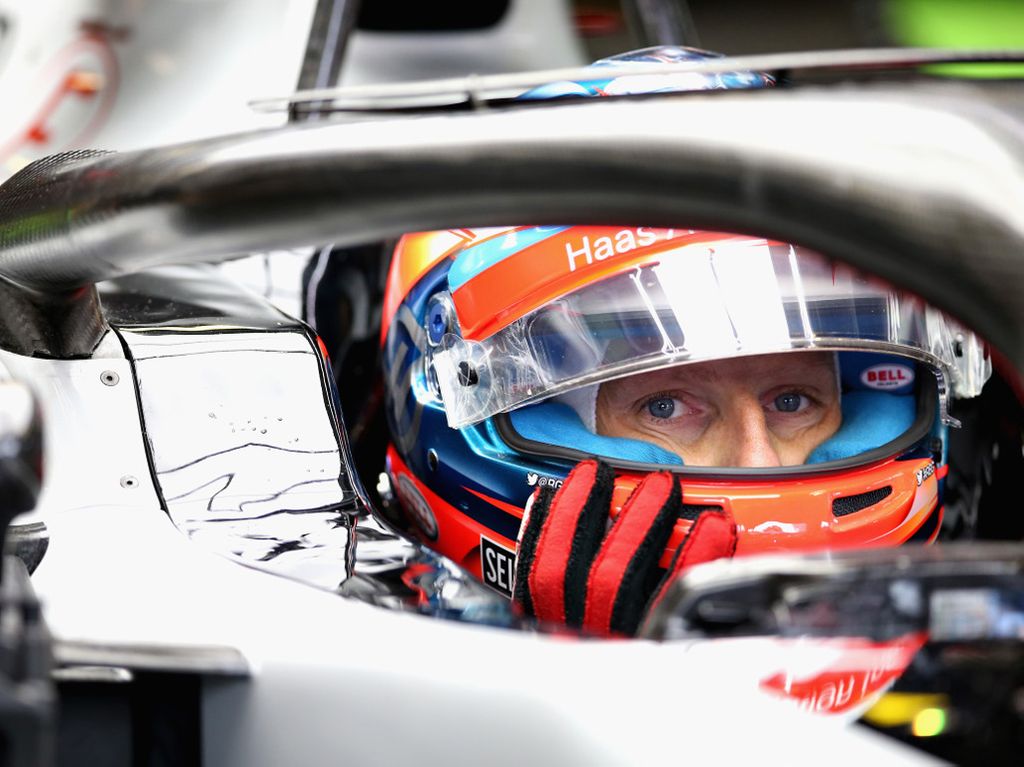 Charlie Whiting has issued a damning indictment of Romain Grosjean’s blue flag transgression in Singapore, saying it was the “worst case” of ignoring the flags he had seen in a long time.

Grosjean was hit with a five-second time penalty at the Singapore Grand Prix for ignoring the blue flags during Sunday night’s race.

What's going on here? Sirotkin and Grosjean are so ensconced in their battle for P14 that they hold up Hamilton who in turn is almost overtaken by Verstappen 😱

As you were gentleman 😅#C4F1 🇸🇬 #SingaporeGP pic.twitter.com/B711KWdgkx

He then let Hamilton pass only to hold up Verstappen, resulting in the Red Bull falling back by three seconds.

“And that is if you are in a battle you’ve got to forget about your own battle and move over.

“I’ve drilled that into them many times, and I think he completely forgot about it.

“He was so intent on his battle with Sirotkin that he just – the light panels were flashing with his race number on them – and Lewis was much much faster.

“It was probably one of the worst cases of ignoring blue flags that I’ve seen for a long time.”

Grosjean was also handed two penalty points on his licence and is three points away from a race ban.

He has apologised for his actions on Sunday night.

“I’m sorry if I blocked anyone, it was not my intention,” said the Haas driver.

“I believe I did my best. I was fighting with Sergey, who was playing a little bit of go-kart racing out there.

“I couldn’t really slow down. Pierre [Gasly] was on my gearbox and Sergey was on my front wing.