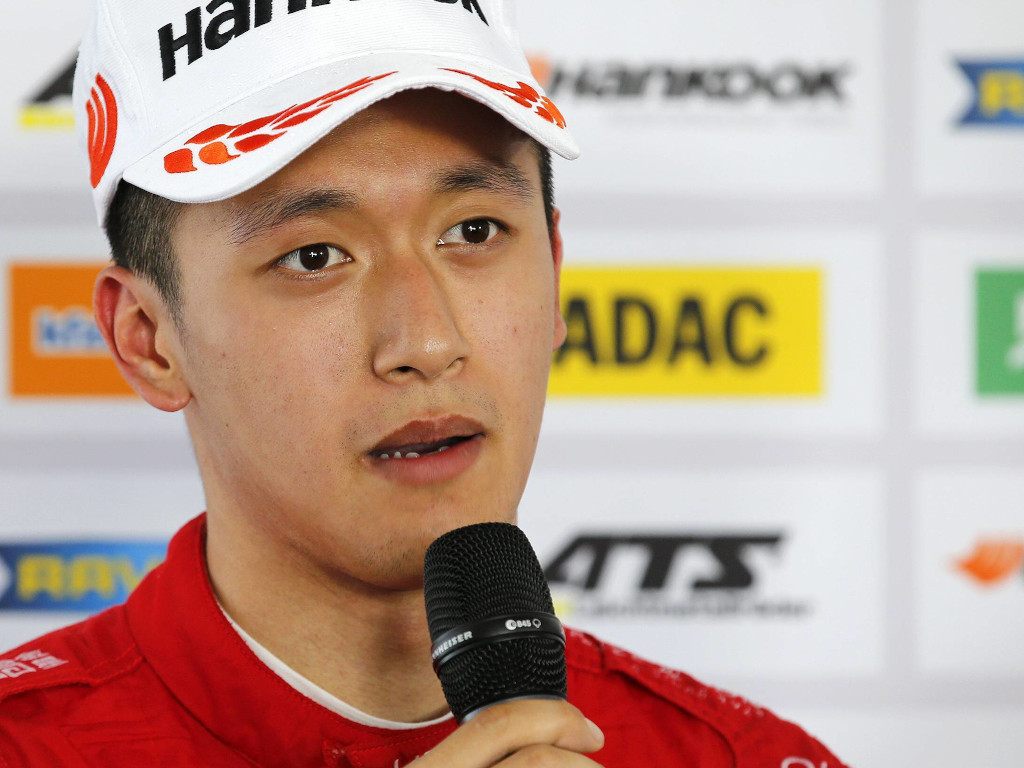 Renault have revealed that Formula 2 racer Guanyu Zhou suffered “a number of issues” that limited his running during his two-day test of the R.S. 18 in Bahrain.

The Chinese driver completed days three and four of Renault’s programme at the Bahrain International Circuit with their 2018 car, with his F2 rival Christian Lundgaard at the wheel on day one and Formula 3 champion Oscar Piastri on day two.

All three are Renault Sport Academy drivers, with Zhou having driven the R.S. 18 several times this year as part of his testing role with the team.

But Zhou’s first day at Sakhir did not go according to plan, with Renault describing it as “far from straightforward” before enjoying a much more satisfactory second day.

“It’s always a privilege to drive a Formula 1 car, so to have this two-day test in Bahrain in the Renault R.S.18 was really beneficial,” said Zhou, who will complete his F2 campaign when all four remaining rounds take place at the Sakhir venue – he won the most recent race at Sochi.

“Day 1 was tricky with some issues and we didn’t get so much running complete. Day 2 was much better and we got through our programme and the things we had to do. There was lots of data to collect, we did race runs and qualifying runs.

“Each time I’m in the car, I’m straight up to speed and I felt quite comfortable. It’s a challenge getting familiar with all the settings but that’s also quite a fun experience.

“Testing in Bahrain before the Formula 2 race is definitely useful, so I’m really looking forward to racing there later this month.”

#RenaultSportAcademy’s @lundgaardoff, @OscarPiastri and @gyzhou_33 all took to the @BAH_Int_Circuit last week as the trio each had a turn at the wheel of the Renault R.S.18 as part of their young driver development programme.

Lundgaard also revealed he “had a couple of issues” as he also prepares to finish the F2 season in Bahrain, currently holding fourth position in the standings.

As for Piastri, it was his first time in an F1 car but the team were impressed with how the Australian had performed.

“I was impressed with Oscar’s approach for his first day in the F1 car,” said Mia Sharizman, Renault Sport Academy Director.

“He managed to get up to speed pretty quickly and complete his run plan. We can see from his first day in the car that he is capable of adapting to a new car quite easily, which is one of the biggest traits we would like to see.”