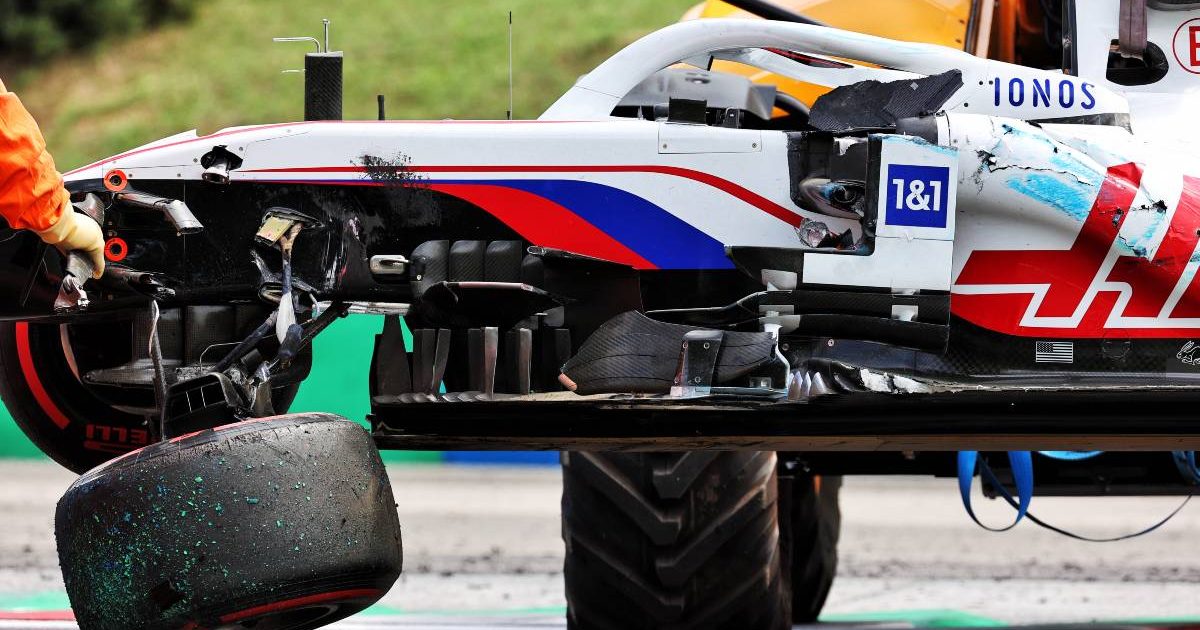 Guenther Steiner is close to his tolerance threshold with the number of costly crashes involving the Haas team’s rookie drivers.

The latest incident involved Mick Schumacher in FP3 for the Hungarian Grand Prix, hitting the wall at Turn 11 with an impact that left the team narrowly short of enough time to repair the car for qualifying.

Saturdays have not been lucky for the German on a few occasions this season. A similar scenario occurred in Monaco, while at the French Grand Prix, Schumacher put Haas in Q2 for the first time all year – but could not take part as he crashed right at the end of Q1.

Haas are not in as financially strong a position as the vast majority of their rivals on the grid, so damage to the cars eats into their budget – and Steiner, the team principal, is starting to lose some of his patience with the repair work being caused by Schumacher and Nikita Mazepin.

“Mick in the last five races had quite a few big ones,” said Steiner, quoted by Motorsport.com.

“If you have a spin or something like that, this happens. But these accidents are quite heavy. It’s a lot of money and for no good reason.

“So we have to work on it, to get better on that one. And obviously the budget is the budget and you need to stick to it. You always have to have ideas how to get around it when you have these accidents.

“At the moment, obviously we feel it but we can still deal with it. But soon we will be in a position where it’s like, yeah, we need to find new ways to overcome this. Because they are getting a little bit too frequent and too heavy.”

"I have to take my hat off to those who tried to make it happen in getting Mick's car fixed for Qualifying."#HaasF1 #HungarianGP pic.twitter.com/Yn0UpA2x0y

Although Schumacher’s team-mate has acquired the nickname ‘Maze-spin’, in fairness to the Russia-born driver he has been keeping things cleaner of late.

“We make too many mistakes, that is the problem – or I would say, in defence of Nikita, I shouldn’t use the plural because in the last races he behaved very well,” added Steiner.

“He did very well. He didn’t do any damage or anything. And Mick, just the last races we had some accidents which we need to get better at.

“From our side, we just have to make plans how we spend our money. We know exactly what we are doing on parts and this.

“But to deal with the drivers, it’s mainly just maybe sitting down and explain the big picture again, that sometimes you need to take risk but you take risk if there is opportunity. I think at the moment, we shouldn’t take this risk in FP3.”

Schumacher still had a chance of participating in qualifying right until near the end of Q1, but did not get on track and almost certainly was going to start at the back anyway as he incurred a five-place grid penalty for a gearbox change after his crash.

“All weekend long it was tough to drive,” said Schumacher, who indicated he will start the race from the pit lane, of his car.

“The boys made a great job in getting everything ready and trying to get it driveable, but unfortunately we were lacking around five to 10 minutes, which was very unfortunate and sad.

“It’s one of those things where I just have to learn a bit more from it and try to be a bit more consistent and keep it on the grey stuff.”