Home News Steiner: If you want a Haas seat, apply for it 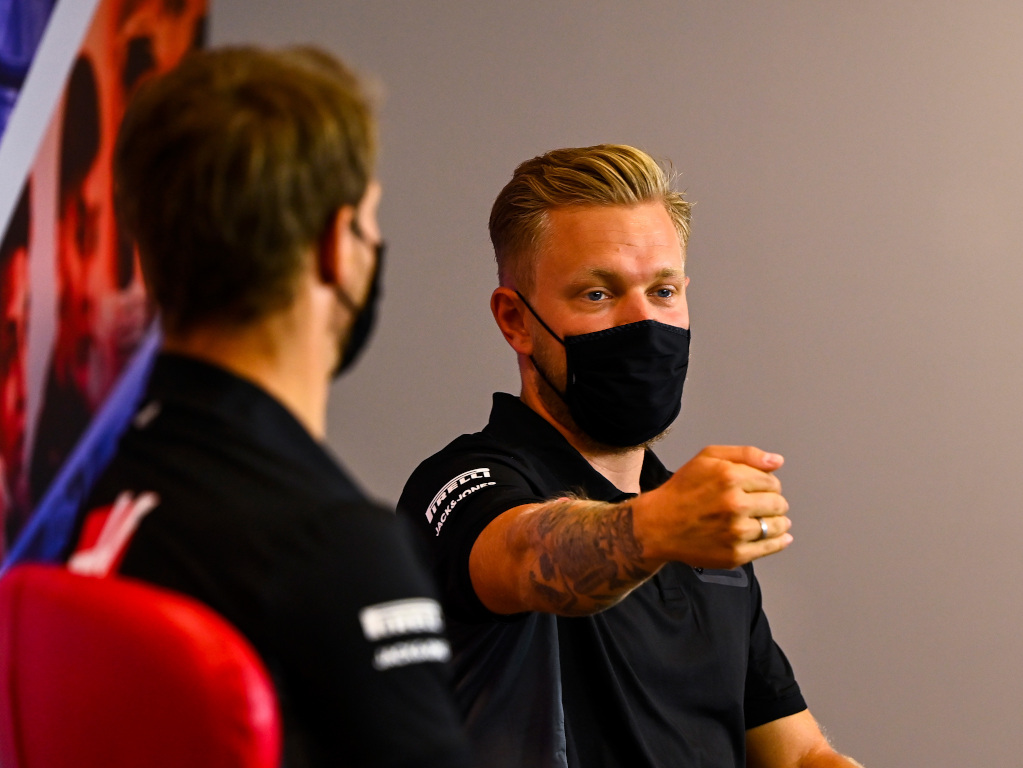 Guenther Steiner is open to “everything” when it comes to Haas’ 2021 line up so if you want a Formula 1 race seat, “you can apply for it!”.

Although Haas retained both Romain Grosjean and Kevin Magnussen for the 2020 championship, keeping the same line up for a fourth year running, the team is reportedly set for a complete overhaul next season.

Nico Hulkenberg is in line to replace Grosjean with Motorsport.com reporting that “day after day, what should be the most concrete chance for Hulkenberg, namely the Haas team, has taken shape”.

But it is not just the Frenchman whose job is on the line.

The publication added that Magnussen could also find himself dropped at the end of this season, making way for Sergio Perez should Sebastian Vettel take his Racing Point seat.

Steiner was asked about the rumours at Spa on Thursday.

He said to Autosport: “We are looking at everything.

“We are looking at all the drivers, and we haven’t made the decision. I’m not trying to be evasive.

“We just got the Concorde [Agreement] done and I did not speak with Gene [Haas, team owner] about drivers yet.

“I want his input on the drivers, so that will come soon. As soon as he can make it to a race we will sit down and discuss it.

“But at the moment, everything is on the table from keeping the drivers we have got, to getting two rookies.

“So if you want the seat you can apply for it!

“Everything is possible in the moment.”

Grosjean was also asked about the rumours, saying first and foremost he is happy that Haas will continue in Formula 1 having signed the new Concorde Agreement that runs until the end of 2025.

As for his own place at the time, talks will “happen” at some point.

“I think there aren’t that many seats available on the grid,” said the Frenchman who has been with Haas since its first season in F1 in 2016.

“I guess the talks are going to happen at some stage.

“Right now, to be 100% honest, with the triple-headers and everything, we’re just focused on racing and trying to get the best we can.”

His team-mate Magnussen added: “It’s been a busy time lately with all the triple-headers, and there’s another one now.

“There hasn’t been any good reason to start talking drivers when the team’s future has been the main point to sort out.

“I expect there will start to be some talks from now on at some point, but we’ll see about that.”