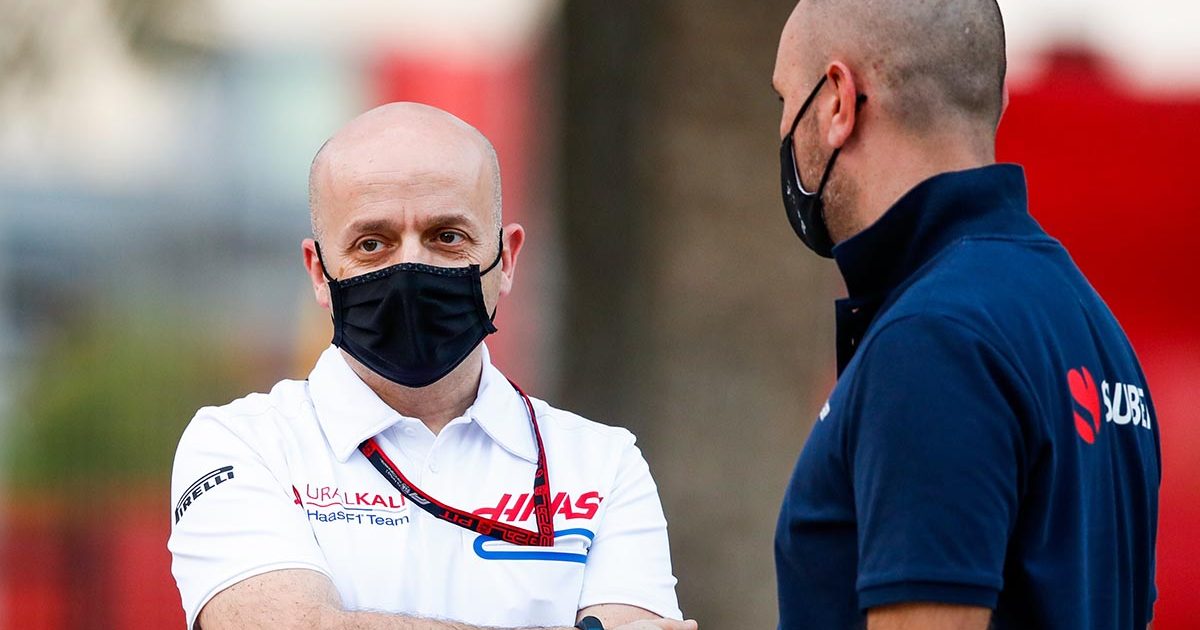 Ahead of the 2021 season, Resta, who was the head of chassis engineering at Ferrari and also worked with Ferrari’s other customer team Alfa Romeo, became the first technical director at Haas since their arrival on the grid back in 2016.

Although Resta has been present at races, he is predominantly based at Haas’ new complex in Maranello which is helping to forge a closer tie with their engine and parts supplier.

Steiner visited Haas’ new base following the conclusion of the Azerbaijan Grand Prix and gave a little insight into the operation there.

“The day-to-day running in our Maranello office is managed by Simone Resta,” Steiner said.

“Obviously, we’re always in contact, we’re always speaking about things, not least as I know the past here and I want to give him as much of that knowledge, so he knows how best to go forward.

“In the short five months we’ve been up and running there he’s been doing a good job.”

Steiner is also hopeful that some fun times can return to Haas, who effectively sacrificed this season in order to fully prepare for the new regulations in 2022.

He added: “I’m obviously very happy to be looking forward to 2022. I see that we’re making good progress.

“Hopefully the car will be competitive, and we’ll have lots of fun again in 2022.”

Haas’ two rookie drivers, Mick Schumacher and Nikita Mazepin, are heading into some unfamiliar territory as they prepare for a first triple-header of action in Formula 1.

But Steiner thinks this is a challenge they can cope with and one they should embrace.

“I think every challenge for them is good,” he said.

“They get exposed to the things that just happen in Formula 1.

“It’s a triple-header, you cannot change it, you have to deal with it. Sometimes it’s good because there’s no time between the races for distractions.

“They’re both young, they’ve got lots of energy, and racing’s what they want to do.

“For me, this is not a bad thing for them. They just need to keep focused and we see just how much they can do that.

“I think it’s good for them in the first part of their career, not just the season, to be exposed to this pressure. I’m sure they’ll cope very well with it.”