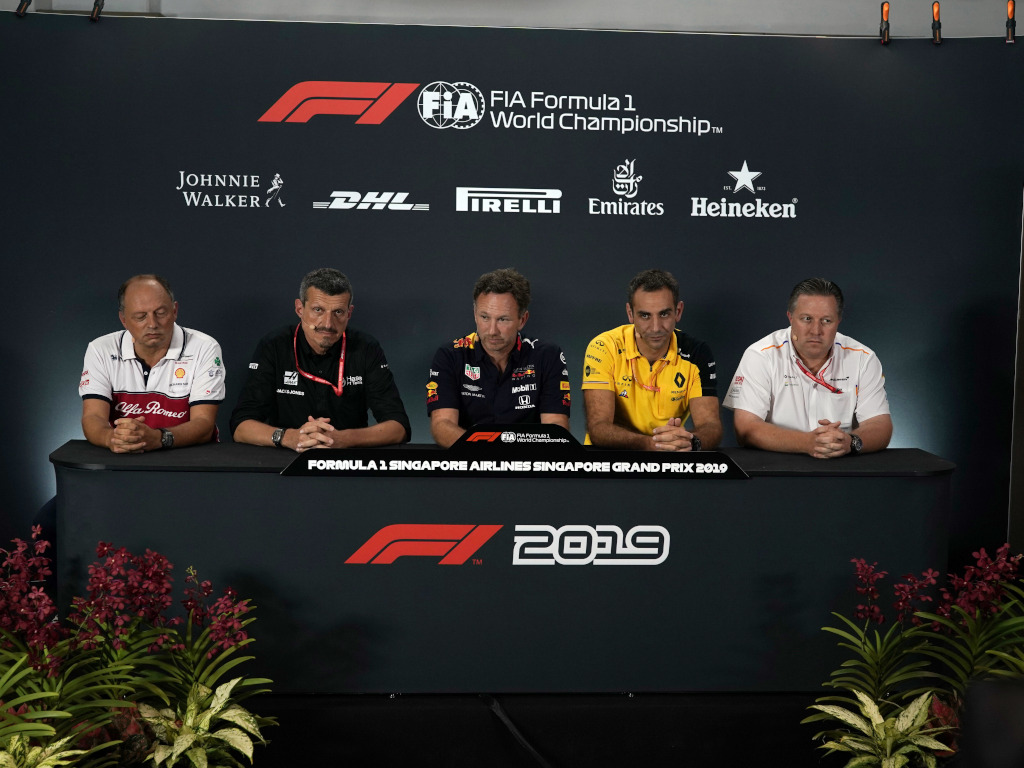 Guenther Steiner says that the last four or five months have brought the F1 teams closer together. He hopes it stays that way.

The hiatus from racing has presented all of the teams with various difficulties, both in terms of finances and personnel.

In that time, they’ve also agreed on an initial budget cost cap of $145million, $30million lower than the previously agreed figure. This difference is hugely beneficial to the smaller teams, and Steiner says he hopes the collaborative nature of operations stays once things are back to normal.

“I hope that none of us will forget the difficult time that we had in the last four, five months, so we don’t forget that at any time that we can be back in the same position,” he told F1 Experiences on Instagram.

“I think everybody came together and agreed that we have to work together. “I think the 10 teams that we have now are all pretty good… some are in better financial shape than others and all in a respectable financial position.”

“But I think we got together a lot between us Team Principals and let’s hope it stays like this; we will have our fallouts again but as long as we are principled we will stay together and that will be a big step forward.”

The Haas team principal does however still wish the cap was a little lower still, but says he understands why the big teams wouldn’t agree to such a drop.

“For us, I would like to see it [the cost cap] a little bit lower. But I fully understand where the big teams are… this is a good compromise,” he added.