Home News Haas and Renault still fastest in the midfield 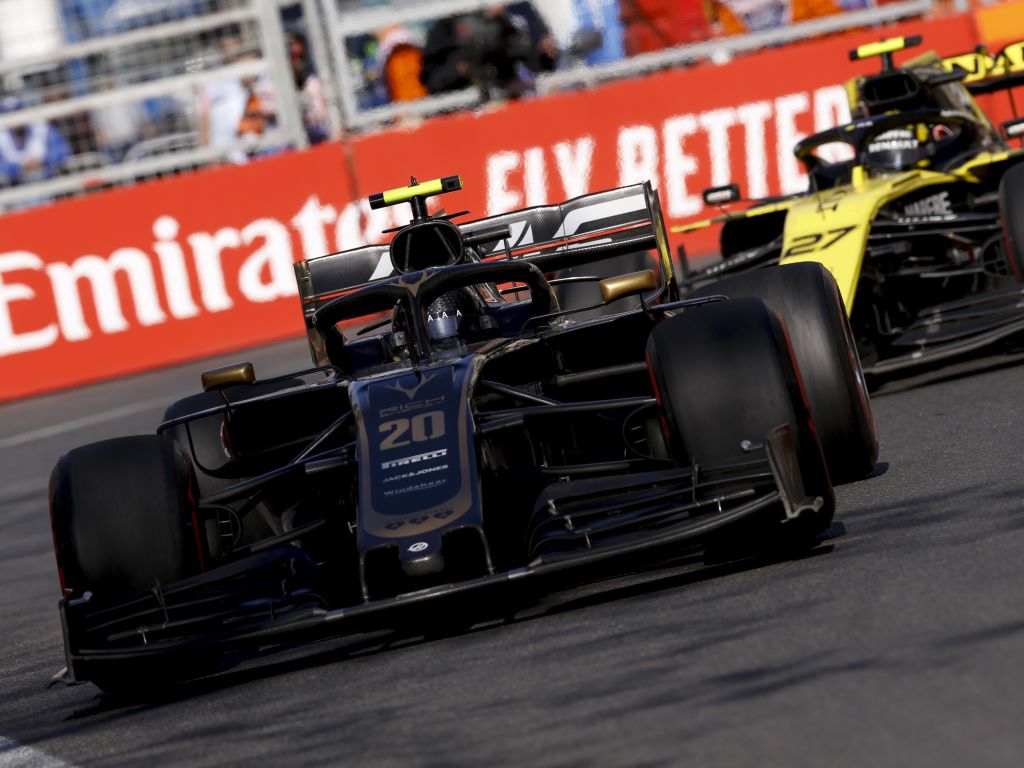 Haas principal Guenther Steiner says his team and Renault have been left “scratching their heads” as to why they prop up the midfield pack.

The American team have struggled to get the new Pirelli rubber working this season, and after predicting another tough outing in Baku, Steiner’s fears came true as neither Kevin Magnussen or Romain Grosjean made Q3 or threatened the points-paying positions.

Renault didn’t have it any easier, as Nico Hulkenberg suffered a Q1 elimination at the Baku City Circuit, recovering only to P14, while Daniel Ricciardo retired after reversing into Daniil Kvyat.

Steiner offered sympathy for his rival, stating that both teams must now figure out how to unlock their remaining pace come the Spanish Grand Prix.

“At the moment it’s still very close in the midfield because everyone is suffering the same problem one day or another,” Steiner told the official F1 website.

“There is nobody who is completely in control of what we need to do. Each race you go along and you say ‘Oh they just gained a few points on us’, but a few points after a while is a lot.

“So you need to be careful, you cannot be too positive about it. It’s not a positive, but Renault will be scratching their heads as well as we do. We have the fastest cars but we are now at the back.”

🗣️ @RGrosjean looks ahead to the Spanish GP after disappointment in Baku.

Magnussen started and finished P13 in Baku, while Grosjean retired from the race with braking issues, but the fact that Steiner predicted these struggles doesn’t make it any easier for him to accept.

“We will fix this problem, obviously, it’s just like we were fast at the test, we were fast in Australia, we qualify… But at the moment we seem not to get it right.

“We’ve got four or five laps, we go fast, then the graining starts to go and then other people recover after the graining but we don’t, because our temperature is too low and we just cannot get it to work anymore once the graining clears.”

Haas were strong during pre-season testing at the Circuit de Catalunya, but a seemingly deflated team will be returning to the track in just over a week.

“Well my confidence level at the moment is not very high, obviously, as you can imagine! Confident? No. We need to see where we are going [to improve],” he said.