Home News ‘Haas can beat Renault on track, or in court’ 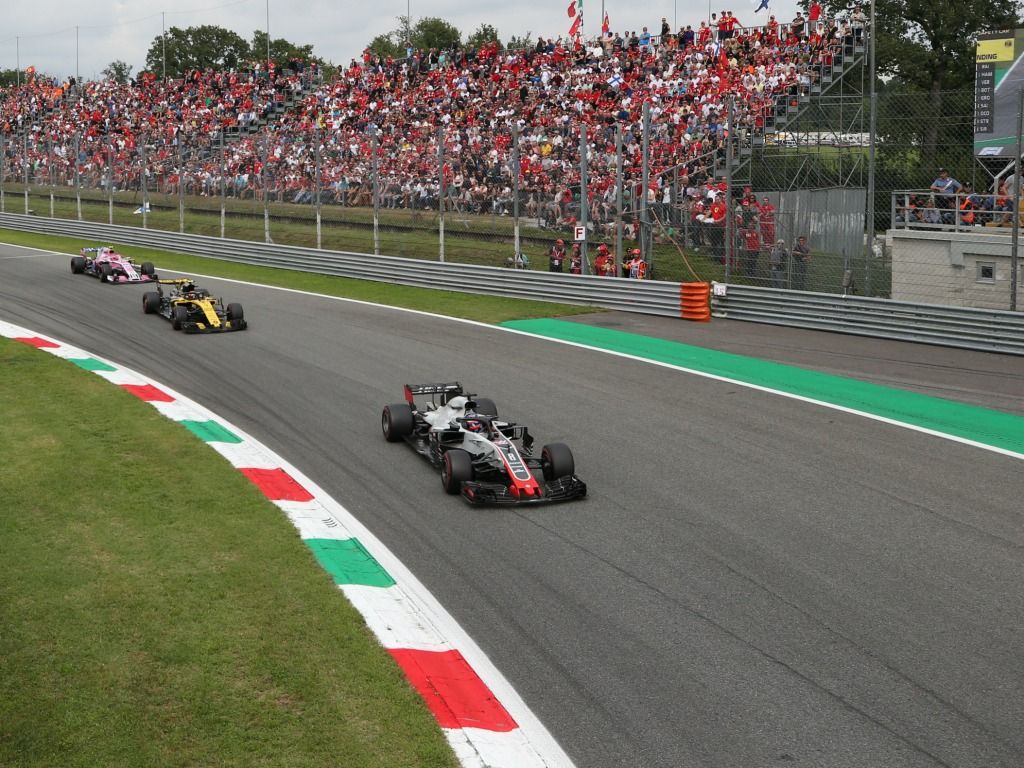 Haas have “two chances” to take fourth place off Renault in the Constructors’ standings, one on the track and one in the courts.

With five races remaining, Haas trail Renault by 11 points in the battle to be ‘best of the rest’ in this year’s championship.

The team could make up points on Renault on November 1 when their appeal against Romain Grosjean’s Italian GP disqualification takes place.

Grosjean, who was P6 at Monza, and team-mate Kevin Magnussen were excluded from the results after their VF18s was found to be sporting illegal floors.

The FIA have confirmed that the date of the appeal, which will take place in Paris with a decision published as soon as possible after the hearing.

However, even if Haas lose their appeal, team boss Guenther Steiner believes they can make up the points out on track.

“So we will try to do both of those, and hopefully we can overtake them with both.

“On the racetrack for sure we will try, we have got five races to go, five times four (points), you know how much that is…

“So we are in good spirits and we will just keep on fighting like we always do.

“We will try to get them on all sides.”

Steiner also weighed in on Haas’ decision to retain Grosjean and Magnussen for next year’s championship, saying he sees only “positives”.

“It’s the best it can be,” he said. “Everybody knows what we’re doing, and we can focus on trying to get fourth place in the Constructors’ standings. There are no negatives, only positives.

“It’s difficult to say how much it influences, but for sure it is helpful. Consistency for a team is very good, provided you have the right consistency in the quality of the people.

“Anything new you do, people need to adapt, and there is a learning period which normally means it’s not taking you forward. At best, it keeps you where you are. It takes time to jell and to work together in any position in the team, especially with the drivers.”