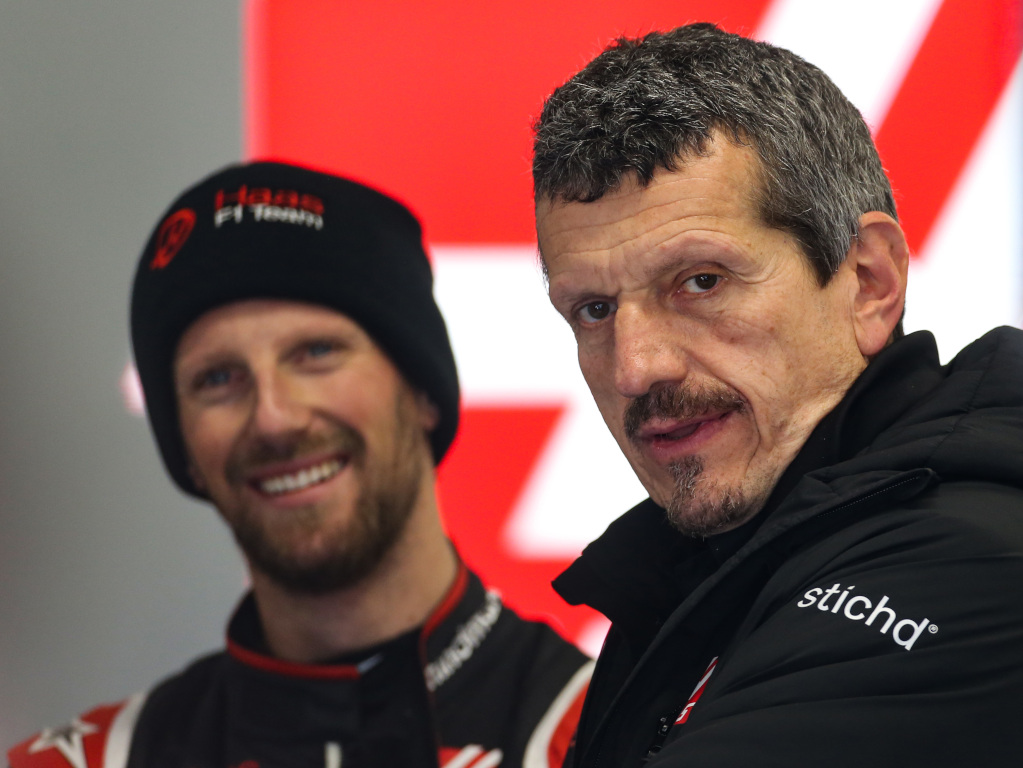 Haas are not in a position to give Romain Grosjean a last run in a Formula 1 car with Guenther Steiner revealing they have the cars, but not the engines.

Grosjean walked away from Formula 1 after the Bahrain Grand Prix, his career ending in a ball of flames when he crashed on the opening lap, his Haas splitting in two and bursting into flames.

Suffering burns his hands as well as a sprained ankle, he wasn’t able to get back into the car at the following race, the Sakhir Grand Prix, before announcing his injuries meant he also wouldn’t make the Abu Dhabi finale.

That was set to be Grosjean’s swansong with the Frenchman dropped by Haas in favour of an all-rookie line up for the 2021 season.

Speaking to the media, Grosjean stated that he hoped Bahrain wasn’t his last lap in a Formula 1 car and that he would be calling all the teams on the grid asking for a private test.

Unfortunately one team that can’t give it to him is Haas.

“We have got plenty of old cars, but they have no engine in it, so we cannot do that unfortunately.

“Maybe in the future we’ve got something, I don’t know. But at the moment, I couldn’t make that promise.”

Should Haas or Grosjean’s first F1 team, Renault, not be able to give him an outing, Mercedes motorsport boss Toto Wolff says he “would” do it for the 33-year-old.

The Austrian added: “It’s more likely to able to talk to Ferrari to have him drive one of their older cars when they do an event or something.

“That is for sure possible to do. I think that is the easier solution than us preparing a car, because they have got the department which is doing that stuff for customers. We don’t have these resources at the moment.

“Then we’ll decide if he can make a good day of fun out of it, the last day in an F1 car for him.”

This is the most beautiful helmet I could ever imagine.
It was created by Sacha, Simon & Camille for my last @f1 race in Abu Dhabi.
I will try to give it a ride in the future as it's far too beautiful to stay at home unused! pic.twitter.com/zTEy9QITP1

Grosjean took to social media on Friday to reveal the helmet that he would have used in the Abu Dhabi Grand Prix had his injuries permitted him to race.

The helmet’s design was created by his three children.

“This is the most beautiful helmet I could ever imagine,” Grosjean wrote on Instagram. “It was created by Sacha, Simon and Camille for my last F1 race in Abu Dhabi.”

He made it known that he is hoping for one more Formula 1 outing.

“I will try to give it a ride in the future as it’s far too beautiful to stay at home unused!” he added.