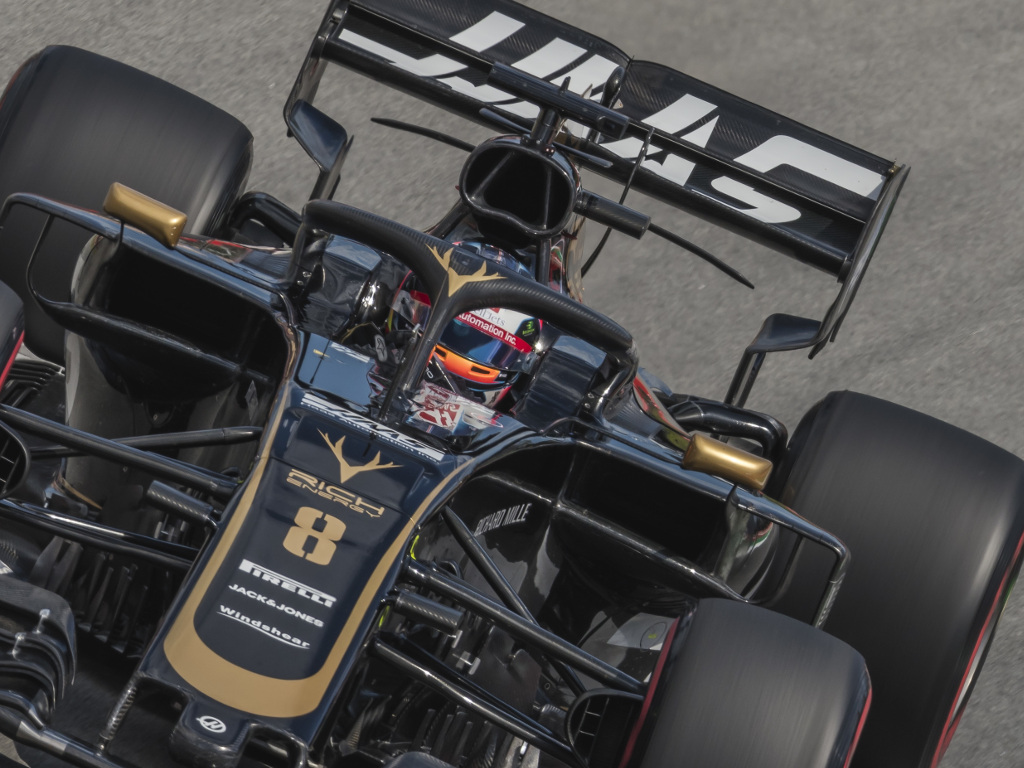 Haas are confident of returning to the points after both Romain Grosjean and Kevin Magnussen qualified in the top eight at the Spanish GP.

The American outfit brought “significant” upgrades to the event, as they look to reverse their slide down the field, though their issues have come in the races rather than qualifying.

The new Pirelli rubber hasn’t been a good match for the VF-19 this season, but with Haas getting both drivers in the top eight on the grid for the first time at the Circuit de Barcelona-Catalunya, confidence is growing that a return to the points for the first time since Australia is on the cards.

“I’ve got faith”, Grosjean, who will start P7, told reporters in Barcelona.

“I’ve got faith the car will be good tomorrow, we’ve been working hard and here we knew our problems should disappear. It doesn’t mean it’s not underlying and we need to keep working for the rest of the season but yeah we knew it should be good.”

The team’s upgrades focused on improving tyre performance through the introduction of a new front wing and floor which, along with the high-energy nature of the circuit, should play into Haas’ hands come the race.

“The race should be alright,” said Grosjean.

“Yesterday was okay – not incredibly fast, but fast enough I think to keep the guys behind. So [we’re] just going to work around [that] and try to get both cars in the points at the finish line – that would be a good help in our challenge of getting a good position in the Constructors’ Championship.”

The guys delivered in #Quali 🙌🙌

Grosjean will be joined on the fourth row by team-mate Kevin Magnussen who is also hopeful that the Spanish GP will earn Haas their first points since March.

“I’m very hopeful this track is better for us,” said Magnussen.

“It looked hopeful in the long runs on Friday – not as good as qualifying, but better than previous races and this track is one [that’s] pretty hard to overtake [on], so the guys behind need to be quite a lot faster to get past us, so we’ll see. I’m also positive that we can have a good race tomorrow.”