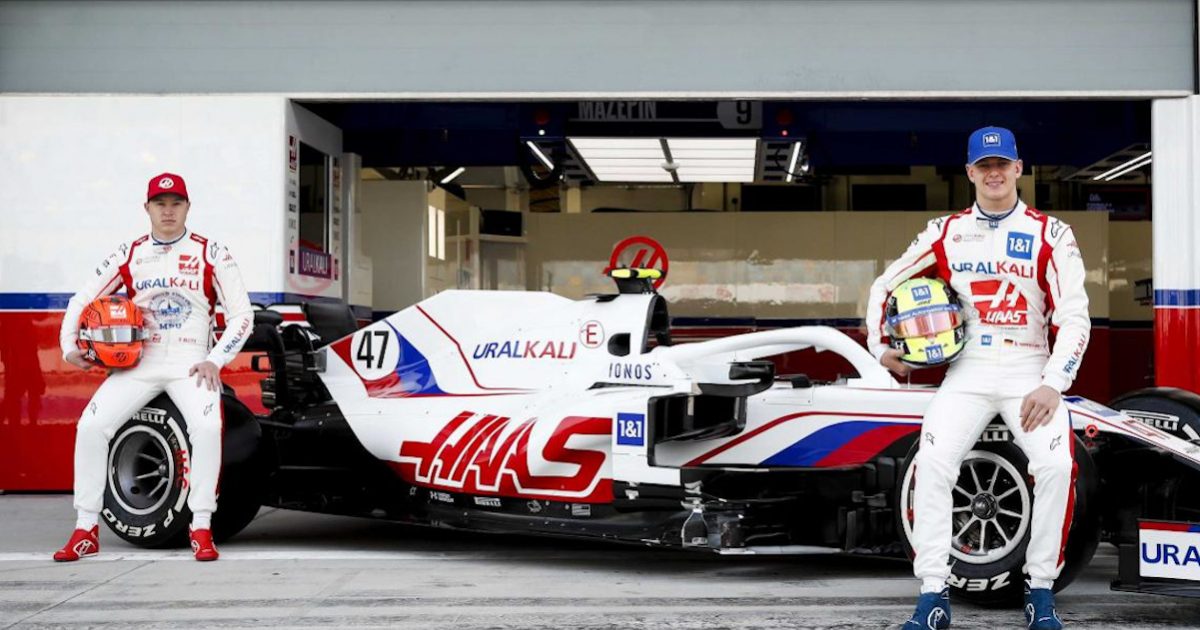 Haas is officially the final team to show off its 2021 car, taking the covers off the VF-21 in the Bahrain paddock ahead of pre-season testing.

The American team held an online launch event a week prior, but that was only to show off its 2021 livery and announce new title sponsor, Uralkali.

Friday’s unveil was for the actual car.

Sporting its Russian colours, new signings Mick Schumacher and Nikita Mazepin were on hand to, literally, remove the covers off the car.

Haas’ 2021 car is very much last year’s with the team having stated several times that it would not be using either of its two development tokens to upgrade car.

The car, though, is not identical to last year’s as Haas have included developments they were working on early 2020 as well as tweaking the floor and bargeboard to meet this year’s regulations.

It is simply a case of money needs to be invested where it will have the best yields, and that’s in 2022’s new regulations and new cars.

The team run by Guenther Steiner will continue with Ferrari engines this season, and the Italian is banking on a “good step” forward from the Italian stable.

“[Ferrari] made a good step,” he recently said.

“I haven’t seen any data yet – we will just see that one in Bahrain – but supposedly there is a good step forward this year and hopefully we can put it into results.”

The Uralkali Haas VF-21 had already been seen the day before with the team putting in a shakedown run at the Bahrain International circuit with Mazepin behind the wheel.

Ride on board for a lap as the #VF21 completed its very first runs today 🇧🇭#HaasF1 pic.twitter.com/v7hgt1Jjvj

Schumacher will drive the car on Friday morning when pre-season testing gets underway before Mazepin takes over after the lunch break.