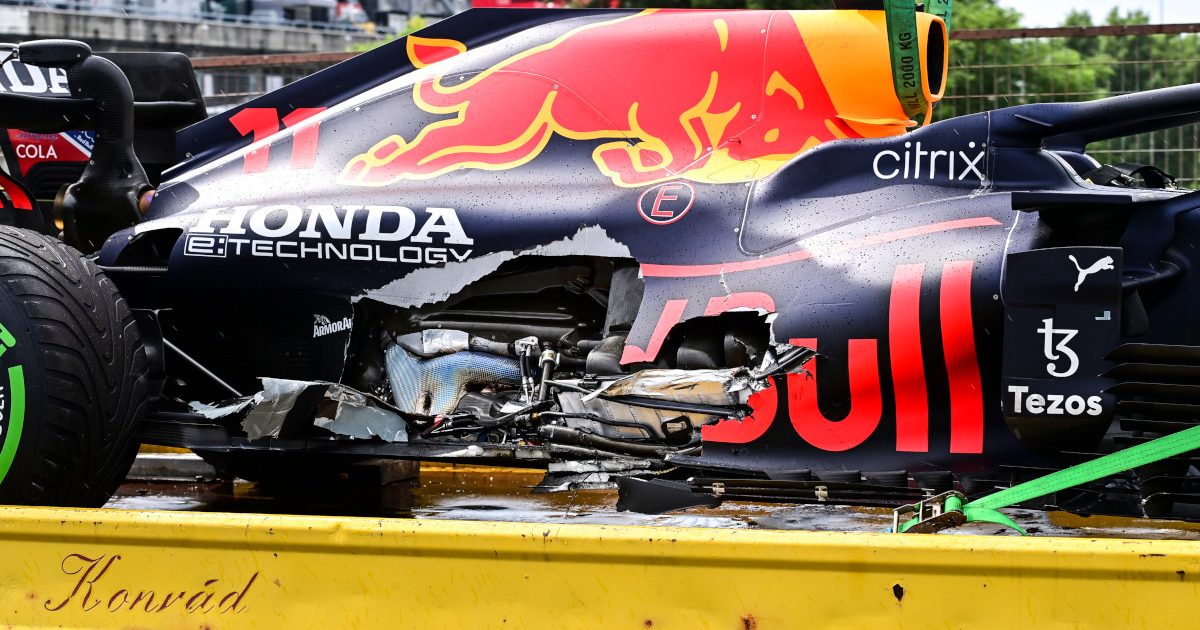 Guenther Steiner won’t join Red Bull in calling for a rethink on the budget cap, saying it is “good management” factoring in the cost of crashes.

Red Bull team boss Christian Horner was incensed when, for the second race in succession, Red Bull suffered major crash damage – and not because of anything their drivers had done wrong.

While the team estimates the damage to Max Verstappen’s car at Silverstone was $1.8 million, they have yet to release the figures from Hungary.

Both Verstappen and his team-mate Sergio Perez was caught out in the lap 1 carnage created by Valtteri Bottas, Verstappen limping home in ninth while Perez retired on the spot.

Bottas held up his hand, apologising for the crash but that does nothing to change Red Bull’s situation.

With the teams operating under a $145 million budget cap, Horner asked who’d be paying for the damage.

“Is he [Toto Wolff] going to pay the bill?” he told Sky F1. “It’s racing… but the consequence for us is brutal and in a cost-cap environment that needs looking at by the FIA.”

It wasn't the start @PierreGasly was after in Hungary, on a race where he could've capitalised 👀

“No I don’t think so, we need to live with it,” he said when asked if a rethink of the cap was necessary.

“We need to budget for this, we need to be flexible enough – that’s good management.

“Because then all of a sudden we have less crashes, do we bring the budget cap down again?

“I think it’s part of racing and will be part of how much risk you take and what you do.

“You cannot adjust the budget or the regulation, going off how many crashes you have.

“For me, no change is needed on this one.”

That’s a sentiment echoed by McLaren team boss Andreas Seidl, who also lost a car in the Hungarian chaos.

“I definitely will not go in the direction Christian is going, mentioning in every second sentence the cost cap and how much you get hurt by it by every accident on the track,” he said.

“In the end, that is part of the game we are in. It is down to us to manage the budget in the right way.”