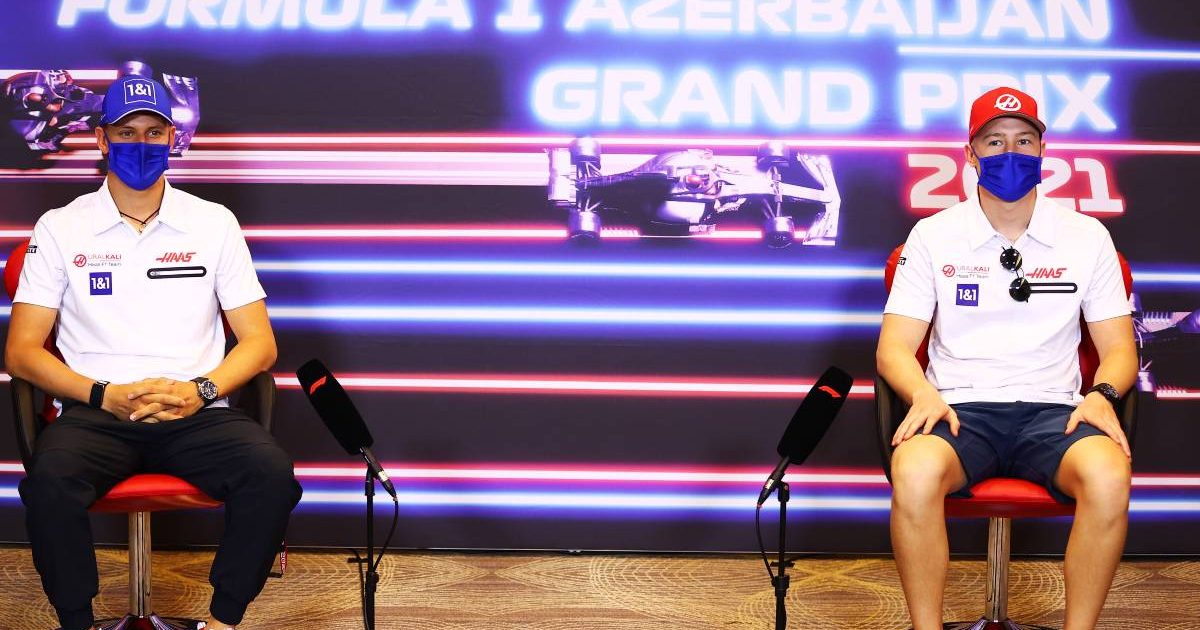 Guenther Steiner says Haas drivers Mick Schumacher and Nikita Mazepin have “cleared the air” after clashing at the end of the Azerbaijan Grand Prix.

On the final straight in Baku, after the field had been bunched together for a two-lap sprint following a red-flag stoppage, Schumacher passed his team-mate to claim 13th position – his highest F1 finish.

But in doing so, the German found himself squeezed up close to the wall by Mazepin, who appeared to edge over to his right and tighten the space in which Schumacher had to overtake him.

Schumacher made an angry gesture at the Moscow-born driver and immediately voiced his rage over the team radio, saying: “What the f*** was that, honestly? Seriously, does he want to kill us?”

Mazepin would only say afterwards about the incident that he had “run out of battery, so was a bit of a sitting passenger” and that he was “a little bit upset about losing my position to my team-mate”.

Steiner, the team principal, said in Haas’ post-race press release: “Obviously there was a situation on the straight. That was all resolved and we’ve cleared the air. There was some misunderstanding, but we are fine and all moving on from it.”

In his interview with Formula 1, Schumacher did not mention the incident, taking the diplomatic stance as he preferred to congratulate his friend and mentor Sebastian Vettel on finishing second and merely described the race as: “Interesting…loads of things going on, even at the back.”

Mazepin, meanwhile, was more expansive in his description, saying: “The race itself was not bad. Very annoying because certain things made us fall backwards.

“The pace was there, but we were experimenting with something because I had to manage the brakes from the beginning as they were overheating.

“I had to change my brake bias and because of the change I was very prone to locking and then almost drove into a wall, which lost me a lot of time.

“I think a nice number for the team [13th and 14th]. Obviously some unexpected situations happened with the other drivers which enabled us to get that position, but overall it’s quite positive.”

Regarding Haas’ best weekend of the season, Steiner added: “For where we are at the moment it’s very difficult to get this result. Everyone worked really hard and due to that, it happened.”