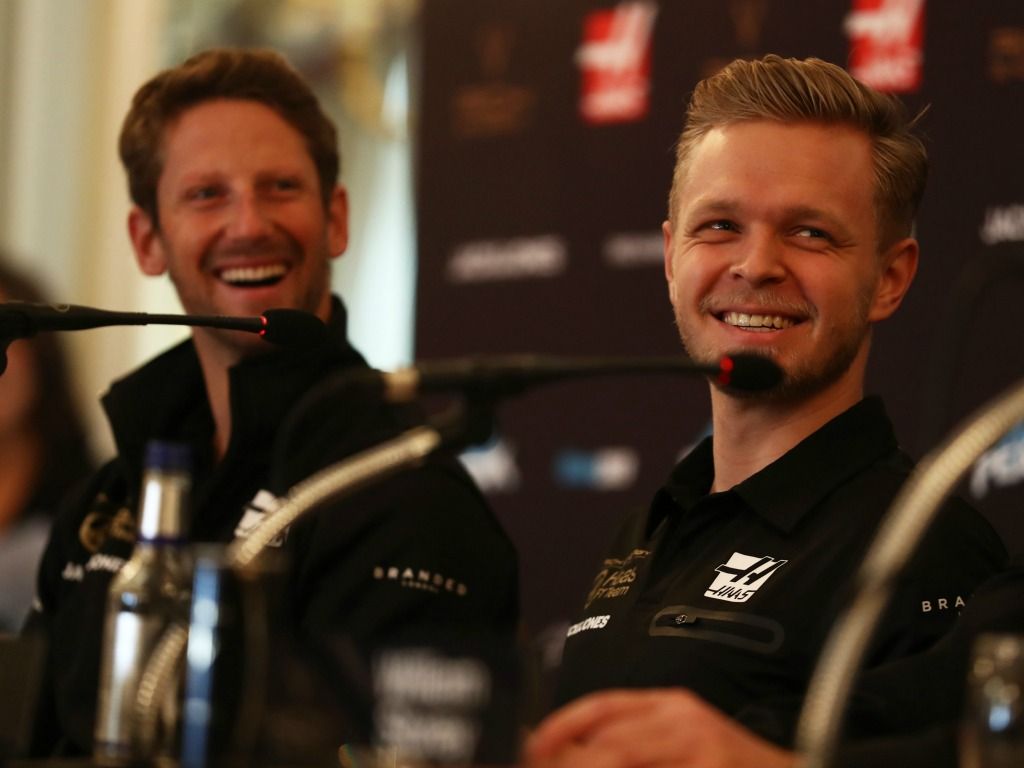 Romain Grosjean and Kevin Magnussen think fourth spot in the Constructors’ is a more realistic target for Haas in 2019.

The American outfit unveiled a new black and gold look for the new season after Rich Energy became their title sponsor for the upcoming campaign.

Rich Energy boss, William Storey, was full of new-season optimism at the launch event, saying they, together with Haas, can beat rival energy drink supplier, Red Bull, both on and off the track.

Storey boldly predicted Haas could beat Red Bull in “many races” in 2019, but Grosjean and Magnussen were both on hand to curb his enthusiasm.

“Realistically, I think the top three teams are going to still be at the front because of their resources,” Grosjean said at Haas’ livery launch in London.

“The midfield could be quite tight, and it’s exciting to be in the fight, but we will be fighting for fourth in the constructors’ championship.

“It’s something we have an eye on – although of course first we’ve got to see how the car is in testing.”

Magnussen also said it would be tough to see Haas take another big leap forward similar to one they made last season.

“I really don’t expect us to take a step back, I think we’re going to continue to grow. But we need to improve, and we need to grow even to hold onto fifth.

“Probably this year the improvements and the step forward will be less visible, most likely.

“But I can see how we are growing as a team and we are gaining more and more experience, [and] we’re learning with that experience that we’re gaining, also, to make use of that experience. I’m positive.”

Take a closer look at the new Haas livery