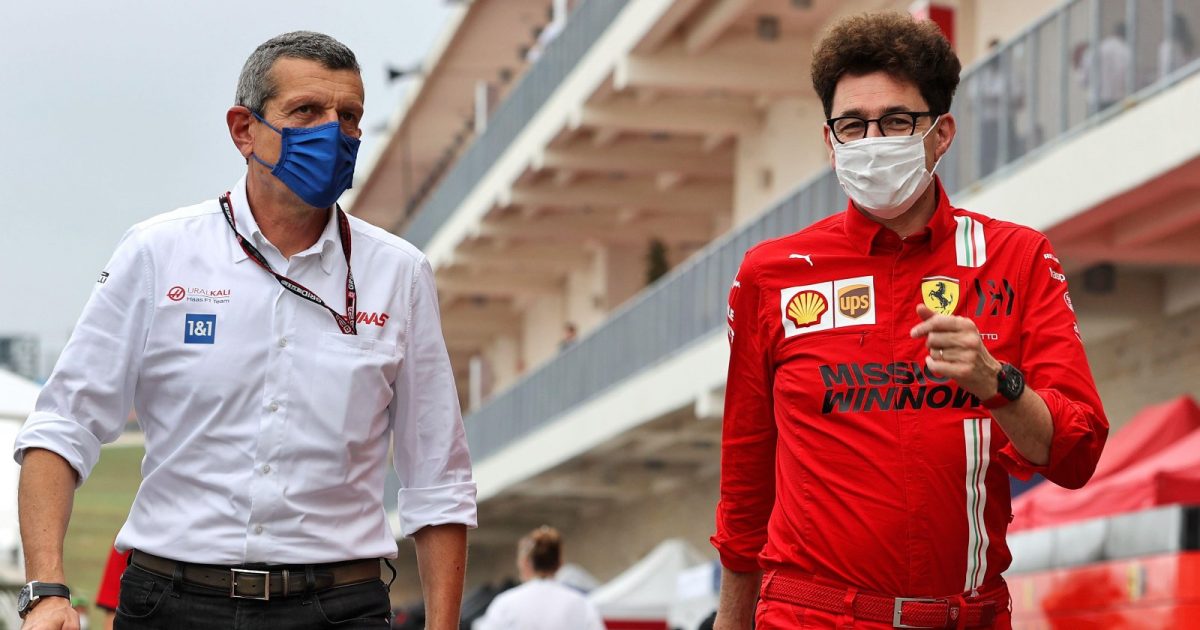 Three teams are rumoured to have approached the FIA in regards to the alliance between the Ferrari and Haas teams.

The subject of the Ferrari and Haas alliance has been brought back into focus following Haas’ excellent start to the season.

Having been the perennial back-marker last season, Guenther Steiner’s team is now consistently challenging for points and appears to have more straight line speed than Mercedes.

Given this step up in performance, which occurred in parallel with Ferrari’s own improvement, questions have again been raised about how much information is shared between the two teams especially with the similarity between the cars’ design.

It is not known which three teams have supposedly contacted the FIA but according to Auto Motor und Sport, McLaren, Aston Martin, Alpine and Mercedes are the main suspects to choose from.

While there are logical explanations to Haas’ improvement, such as their increased time in the wind tunnel and their sacrificing of the 2021 season to focus on the new regulations, teams continue to have their doubts.

Mercedes boss Toto Wolff raised the comparison between this situation and when Aston Martin, known then as Racing Point, used Mercedes’ wind tunnel.

“I think it needs reform,” he said of the team cooperation rules “because we want to avoid these kinds of discussions that we have now, the polemic around the last few days or last few weeks.

“Everybody deserves to perform well, and people should get credit when they’ve done a good job.

“But some of the job-hopping or entity-hopping on the same premises is just creating arguments that are not necessary for the sport.

“So definitely for us, you know, we have Aston Martin in the wind tunnel that we had two years ago. Quite a sh*tstorm about that. We have been handling them with the utmost diligence.

“But going forward, if we were to need to compromise our, let’s say, income ability, we need to do this, because none of the teams should be able to cooperate in a way that we’re seeing today, with some of the teams.”

Otmar Szafnauer, who was boss at Racing Point at the time but now oversees Alpine, said the improvement of Haas was “a bit surprising.”

“It’s a small team that’s done well over the winter, from last to sometimes third-fastest team and it’s a bit surprising,” he said, as reported by GPFans.com.

“I thought that the pecking order would stay almost the same because generally, in a big regulation change, over the years that I’ve been in Formula 1, the bigger the regulation change, the more it favours those with know-how and the infrastructure and the tools to actually exploit the new rules.

“So, it’s a bit surprising that the Haas are where they are for a small team but I trust the FIA will investigate and come to the right conclusion between how similar the two cars are.”

Haas operates out of an office next to Ferrari’s factory in Maranello but Steiner has insisted no one from the Ferrari F1 team can enter their building.

“You know, these allegations have always existed and always will. I stay calm,” he told F1-Insider.com.

“If we are good, they call our car a ‘white Ferrari’. If we are bad, then no. I’m starting to find that ridiculous.

“You have to work hard for envy. You get pity for free. I wish the others would be green with envy because that means we did a very good job.”