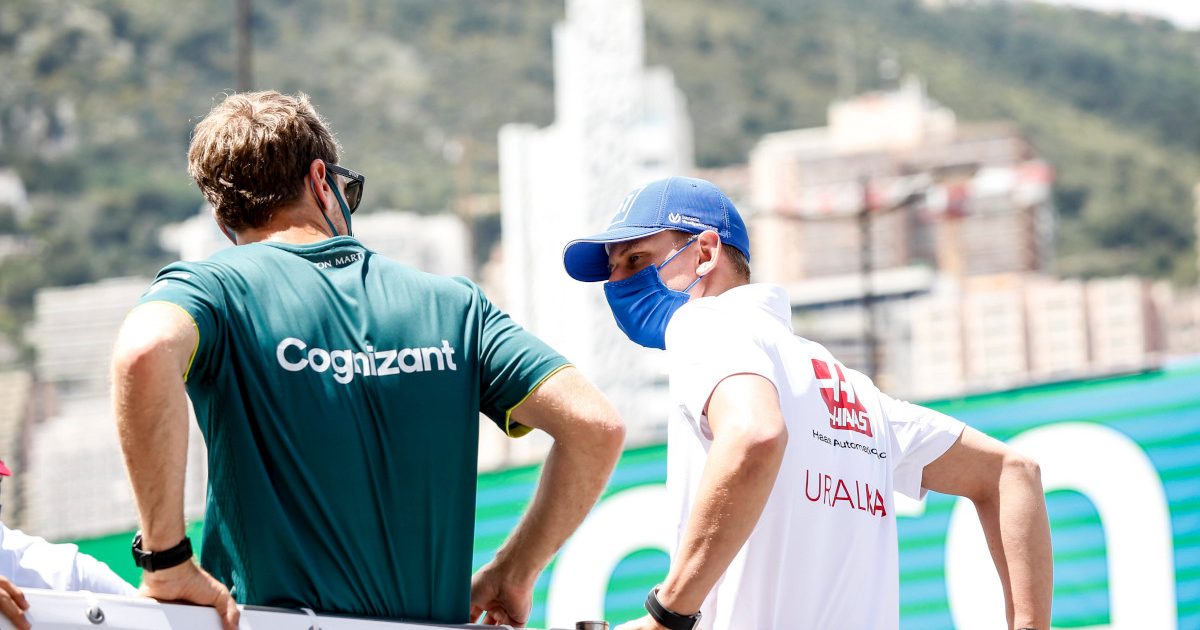 Guenther Steiner can see only positives for Mick Schumacher by being mentored by four-time World Champion Sebastian Vettel.

The two Germans have a close relationship with Vettel paying it back after Mick’s father, Michael, mentored him in his early career.

Such is the relationship that Vettel was spotted at the French Grand Prix standing over Schumacher’s Haas before looking into the car as the two discussed the younger German’s seat position.

But while some may think it is a bit unorthodox for two drivers from rival teams to be helpful, Steiner has no issue with it.

“I don’t know how long they go back, I didn’t ask Mick that one but it seems they get on well – but even if they don’t go back a long time and they get on well, why not?

“For sure, for Mick, it’s an advantage. I think Vettel is in the sport a long time and he feels attached to Mick and just tries to help him as much as he can to make him the next champion.

“I think it’s a great thing and I don’t see any issue with it.”

One of only four drivers yet to score a single point this season, Schumacher is ahead of his team-mate Nikita Mazepin and Williams’ Nicholas Latifi in the Drivers’ standings by virtue of his P13 at the Azerbaijan Grand Prix.

The German has been the better of the two Haas drivers for most of the season, only once finishing behind Mazepin in a grand prix.

“I am impressed by his work ethic,” Steiner said of the 22-year-old. “He is working all the time on it.

“We appreciate it in these times, because this year we are where we are with the car, you know. He does everything possible to keep the team motivated and gives them the confidence as well that we will be in a better place going forward.

“I appreciate it a lot from him that he helps you doing that, and he is doing it as a young man. Very respectable what he is achieving.

“Also, to me, it seems like Sebastian said, he seems to be enjoying what he is doing. For him it’s not that he has to force himself. This is what he wants to do, in my opinion, and I respect that a lot.”