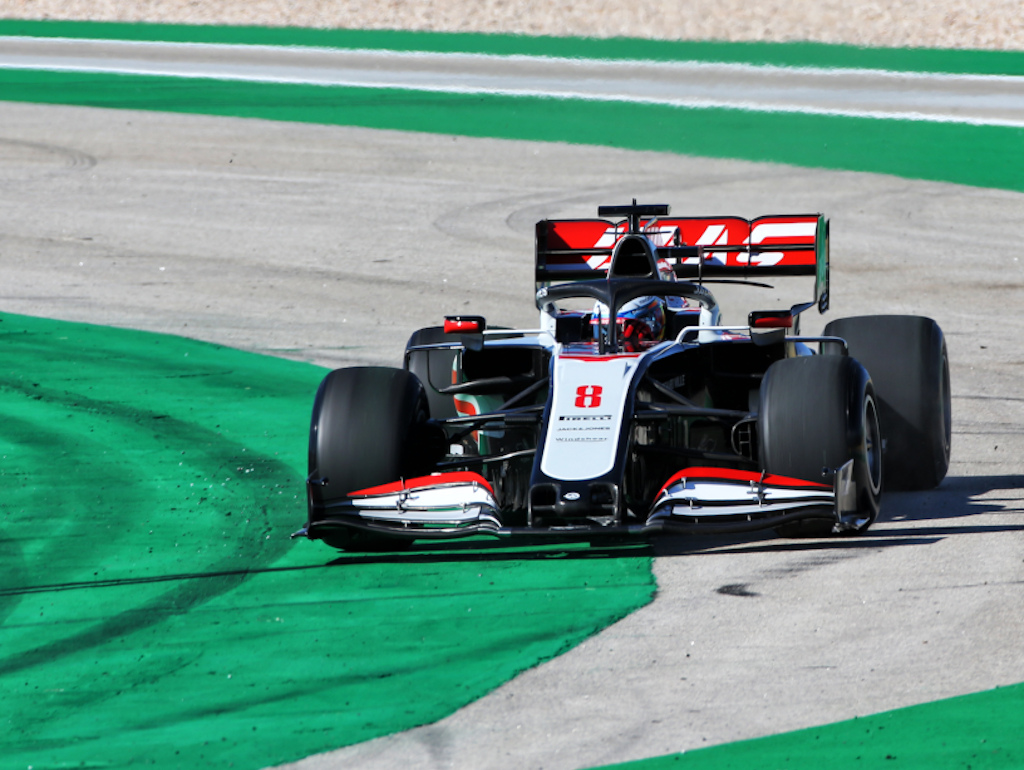 Romain Grosjean said an overheating rear suspension is making it almost impossible for Haas to find a good setup for the Portuguese GP.

2019 was Haas‘ most difficult campaign in Formula 1 since arriving back in 2016, and this year their issues have shown no signs of going away.

Grosjean and team-mate Kevin Magnussen now know they will not be with the team for 2021 and so are looking to raise their stock on the driver market, but a difficult qualifying session in Portimao means Grosjean will start the Portuguese GP from P18 with Magnussen set to line up P19.

And Grosjean revealed that Haas have been suffering with constant overheating of the rear suspension which is causing the ride height to keep changing.

“I can find a tenth maybe but there isn’t much more in the car,” he said after qualifying, as quoted by Crash.net.

“We’re struggling with the rear suspension overheating, meaning that the platform, the ride height, keeps changing at the rear. From one lap to the other we can pick up up to 4% of aero balance.

“When it gets hot at the end of third practice you get the ride height and then it cools down – and then you start qualifying with a different one and every lap the rear suspension heats up and the rear ride height changes. Normally we’re struggling a little bit but this weekend the magnitude is quite bigger and we’ve got no idea why.”

Understandably this means nailing down the right setup is pretty much impossible.

“I feel for my race engineer because they roll the dice and they decide which flap angle we’re going to go on but we never know where it’s going to end up,” Grosjean continued.

“We’ve had the issue all year long but this weekend it has been, for some reason, really exaggerated. So we’re struggling with that. The car is never the same from one lap to the others. We’re not very confident for tomorrow and how it’s going to end.”

Magnussen revealed that he was only able to do two laps instead of three on each of his three runs due to an issue with his VF-20.

“Some frustration today. We had a problem with the car that meant we could only do two laps on every run – we had been planning to do three laps, at least on the first set of tyres to learn as much as we could,” he told the Haas website.

“On top of that I had traffic on my second lap on the first run, so I didn’t learn a lot on that run. We were just on the back foot for the next outing.

“Considering all that, I think I did a decent lap, it was the best that I could do. Clearly we don’t have the pace but we’ll do what we can for the race. We’ll see what happens tomorrow.”