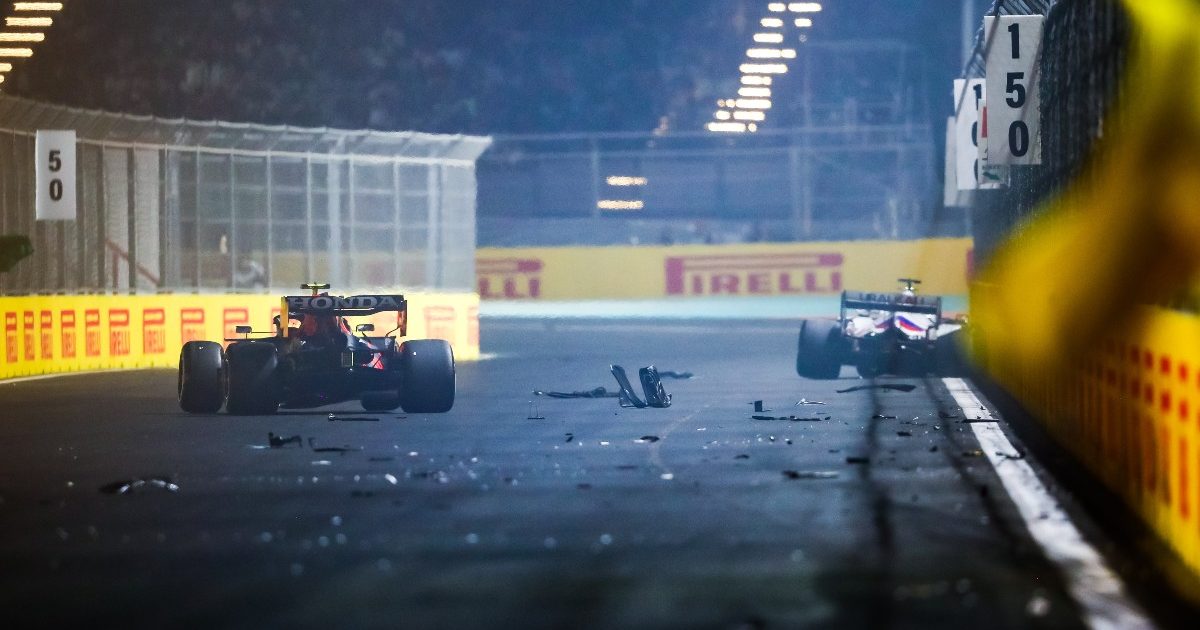 It was Schumacher’s crash on Lap 10 which actually proved the catalyst for a crazy race to follow, the German racer losing the rear of his VF-21 at Turn 22 and slamming into the wall.

The race was red flagged for a time after that crash, and then it was Mazepin in the wars at the restart as he crashed into the rear of George Russell’s Williams after Russell had slowed to evade Sergio Perez.

As a team with one of the smallest budgets on the grid, and a team focusing fully on 2022, Haas are not blessed with a stockpile of spare parts heading into the final round in Abu Dhabi.

And so, any further crashes for Schumacher or Mazepin there and they could be in trouble.

Mick Schumacher crashes heavily and the Safety Car comes out

He reports he is okay over the radio 👍#SaudiArabianGP 🇸🇦 #F1 pic.twitter.com/H4mZXyZjMs

Speaking to Motorsport.com, Haas principal Guenther Steiner said: “It’s better the damage is done now than five races ago, we have got one race to go, we’ve got enough spares to rebuild the cars, but we don’t have enough spares if we have accidents in Abu Dhabi.

“We still have got some, we’re not completely out. But there is not a lot of margin, because we didn’t expect at the second last race to destroy two cars. It’s never good to do this.”

Steiner explained that Schumacher’s chassis thankfully is still good to go after the crash, but for Mazepin “another one bites the dust” as Steiner put it.

Chassis talk has followed Mazepin throughout the season, having started with the team’s old one which he didn’t like, before switching to a new one paid for by his father.

That chassis was then put on the shelf after Mazepin damaged it in Qatar.

“Mick was three corners completely, gearbox, floor, sidepod. His chassis is good, but Nikita’s chassis is gone. Another one bites the dust,” said Steiner explaining the extent of the damage.

“It was the damage from the wheels coming back, the wheels smashed the sides like a drum. Also the complete front suspension. His rear car is not too bad, but the front is completely destroyed on his car.

“As I said, we are good with spare parts, we knew we are good, we planned, we are not running out, but we are using everything up that we have got. If we have a crash in Abu Dhabi in FP1 it’s getting tight, because you have two days to go. But otherwise we are fine.

“It’s like it doesn’t rain, but it pours, so at the moment, it’s pouring. The good thing is we’ve got only one race to go, otherwise, if you’ve got three races to go, you need to produce parts.

“You cannot now, because you haven’t got the time anyway – in three days, you don’t make these parts. We have enough and we can just get to the end. And we’ll have no inventory to write off left at the end of the year!”