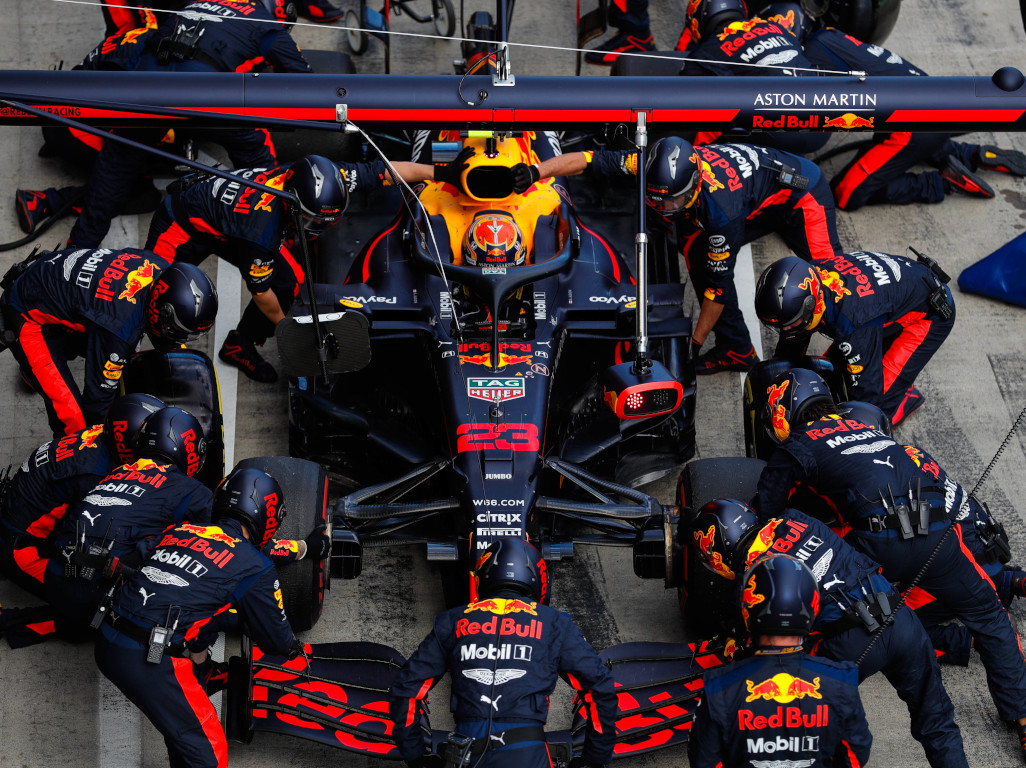 Kicking off the 2020 season with a hat-trick of triple-headers, Guenther Steiner says there are “measures in place” to make it easier for the mechanics.

With the 2020 season getting off to a delayed start, only beginning in July, Formula 1’s powers-that-be threw in three triple-headers as the first batch of grands prix.

But while that’s great for fans and even better for the team’s bank accounts, it is taxing on the mechanics.

Arriving at the circuits on Wednesdays to begin preparing for the weekend, they often work through to late Sunday night if not even Monday morning.

There is, however, a curfew at the all the tracks with the teams only given two jokers per season to break that.

And that, Steiner reckons, makes all the difference.

“I think there are measures in place,” said the Haas team boss.

“We have got the first: at night we cannot work, you know?

“So, the triple-headers, the people didn’t work a long time yet, they are tired and everything but I think they get nine hours of rest every night if they go to bed and don’t do anything else.

“I think we try to manage it – and also FOM is trying to avoid triple-headers for the rest of the season except which are already in place, so I think we have to deal with it.

“It’s a very abnormal situation at the moment. So, I think they’re dealing pretty well with it.”

That it is a sentiment echoed by Red Bull team boss Christian Horner.

“I think the life of a mechanic today, compared to what it was ten, 15 years ago, is very different, with parc fermé in particular,” said the Brit.

“They do have a set amount of time they have to be away from the circuit, so that makes a triple-header far more bearable: they’re not smashing-in all-nighters every night, three or four nights in a row, which is as it was in the good old djays.

“So I think that, whilst there is pressure, there is stress obviously involved in it, but it’s manageable. And they’re all racers at the end of the day.

“They all, given the choice of having no championship or doing three, even four, races in a row, every single one of them would vote to be at the racetrack and be racing.”

McLaren driver Lando Norris earned himself many fans, and heaps of respect, when he posted a tweet of himself helping his mechanics after the Hungarian GP.

This is just one reason why we'd love to see @LandoNorris win a #F1 World Championship.
What a lad! https://t.co/zKSdYq5KAU

The Brit explained that his mechanics had a tougher job than he did and he wanted to “keep them in the best condition”.

“Honestly, it is tougher for the engineers and the mechanics because they’re the guys and girls who spend the most time at the track working and travelling,” Norris said via Motorsport.com.

“It’s more of a kind of trying to look after them and keep them in good condition: especially the mechanics who are doing the pit stops and so on. They also have a big impact on performance.

“They also are the guys who can bring us overtakes and if you have good pitstops it can gain us positions and things like that.

“So, it’s trying to keep everyone in the best shape possible. For me, I’m fine, but it’s more of a question for them and I’m trying to look after them and keep them in the best condition.”