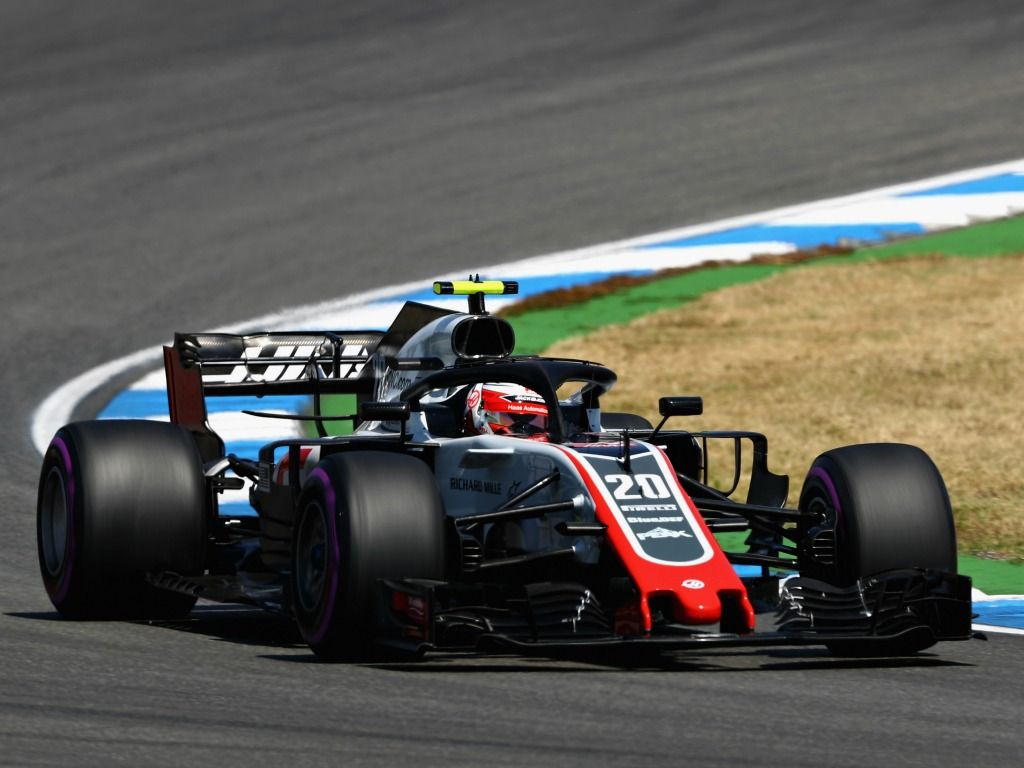 The Haas team have recorded their best qualifying session to date with a third-row lockout at the Hockenheimring on Saturday.

Kevin Magnussen will start Sunday’s race from P5, with Romain Grosjean alongside him in P6.

The pair have maintained the Haas team’s status as ‘best of the rest’, but were helped by the big name absentees.

Daniel Ricciardo did not run in Q2 due to grid penalties for new engine components, while Lewis Hamilton’s Mercedes suffered a hydraulics issue at the end of Q1.

Kevin Magnussen looked back on the session with pride, admitting that there was nothing left out on track.

“That was a nice lap at the end. There was no beating the Red Bulls – they’re still too far ahead for us to play with them, but we’re best of the rest again, and that’s our target,” Magnussen said after qualifying.

“Now we just need to get it tomorrow as well, which is the bigger challenge.

“For tomorrow, you just hope the guys ahead get a good start so we can get some free air and do our own thing. We’re lucky that it’s looking like the temperatures will be a little bit cooler,” he added.

“With the problems we had on Friday with the overheating of the tyres, maybe it’ll be a bit better. Hopefully, the car will behave well, as it did today, and we can score some good points.”

His team-mate at Haas, Romain Grosjean, was also pleased, but was a little disappointed that he was unable to get a clean run in Q3.

“It was a pretty good session. We just need to see what happened on my last run. I went wide on turn one, so we just have analyse that. We couldn’t do the second push lap in Q3, unfortunately, but all in all, it was a good session,” the Frenchman said.

“I’m really happy for the team. On a track were we were not sure we’d be competitive, we’ve been good. We’re right up there, so that’s very encouraging. I think we’re in a good place for tomorrow.”