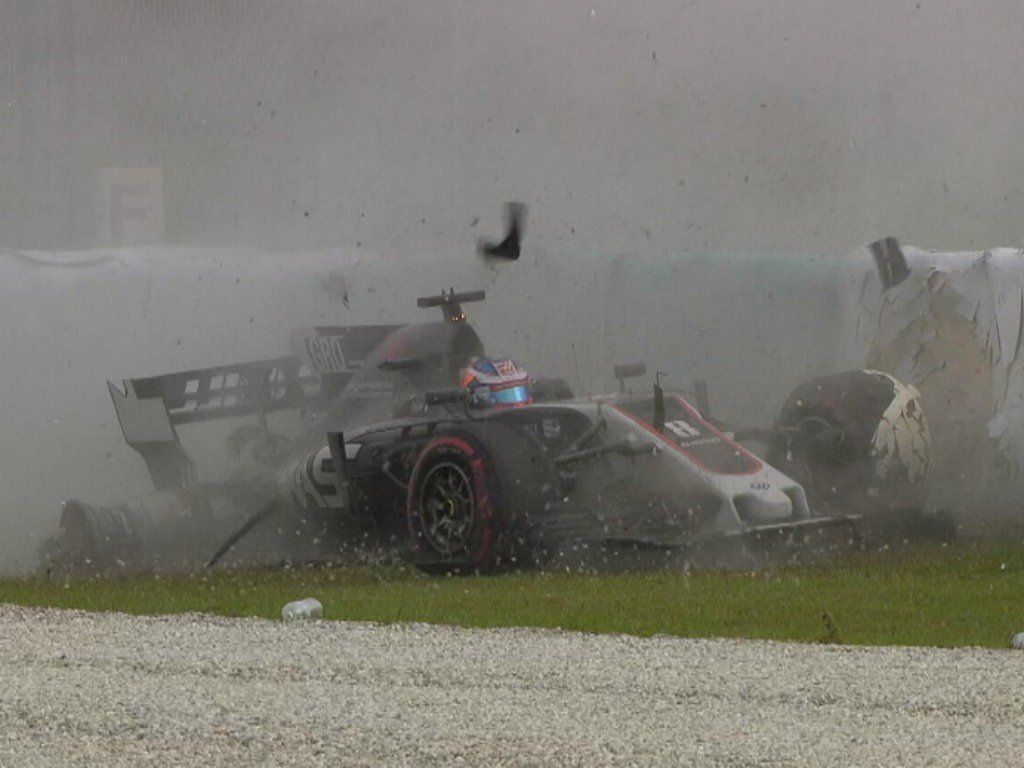 Last year Haas were furious when Romain Grosjean’s crashed at the Malaysian GP having hit a loose drain cover. This week they settled that claim.

Grosjean crashed heavily in practice for the Malaysian GP when he hit a loose drain cover at the Sepang circuit.

He's out of the car and signals he is ok 👍#MalaysiaGP 🇲🇾 #FP2 pic.twitter.com/ZwwHLzqCN8

The session had to be red-flagged.

Haas launched insurance proceedings against the Sepang circuit, claiming for damages with the matter finally settled earlier this week.

“I can report that we settled,” revealed team boss Guenther Steiner. “Their insurance was good to deal with, and we are happy.

“They were very professional and they stood up towards their responsibilities.

“We are not really surprised [by the time taken] to be honest, it’s been about a year now but it’s a strange case, probably the first of its kind.

It was a busy Friday in Russia for Haas who also confirmed Grosjean and Kevin Magnussen as their 2019 drivers.