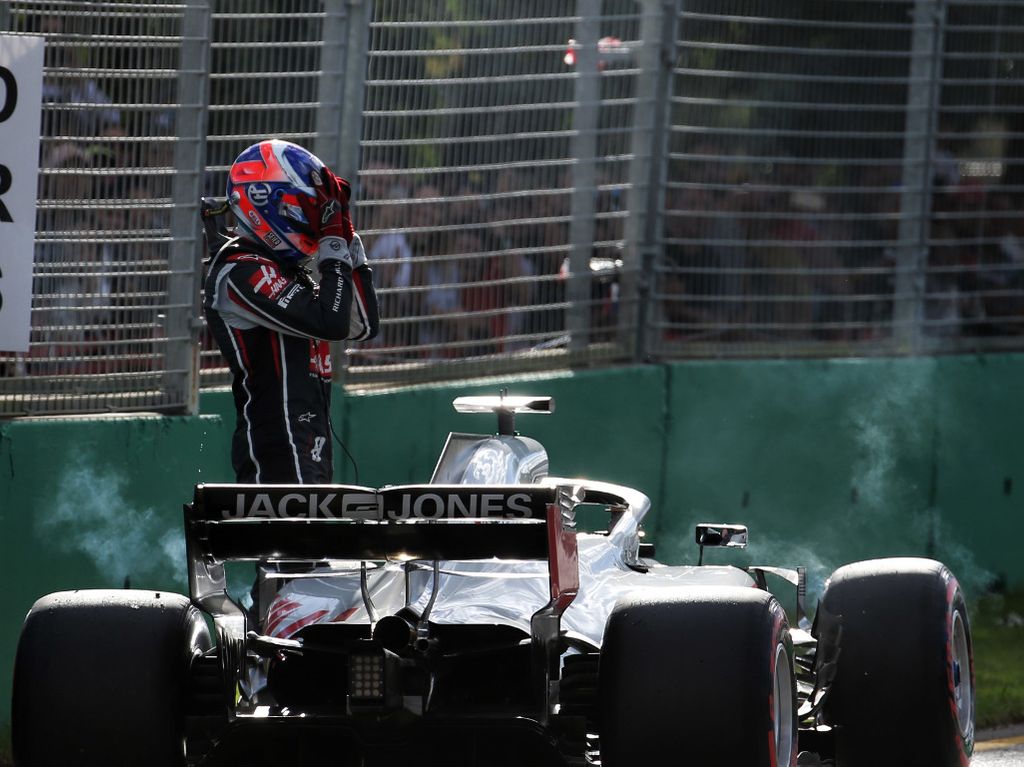 Haas have been practicing pit stops “around 10 to 12” times a day as they look to avoid a repeat of last year’s Australian Grand Prix drama.

Haas were in the running for a strong showing in Melbourne last season.

Kevin Magnussen and Romain Grosjean were fourth and fifth out on track and heading towards Haas’ best ever showing in a Formula 1 grand prix.

And then disaster struck.

Both drivers had bad pit stops and were cleared to leave the pits with loose wheels.

They retired one after the other.

“This year we’ve put a lot of emphasis on arriving there prepared.

“We brought a 2018 car to our car build in Italy so we could train every day and work on pit stops.

“We did the same in Barcelona, as the current car is not always available for pit stop practice when you test.

“Every day the whole crew practiced around 10 to 12 pit stops a day.”

The 2019 Australian Grand Prix gets underway next Friday with first practice at 1am GMT.