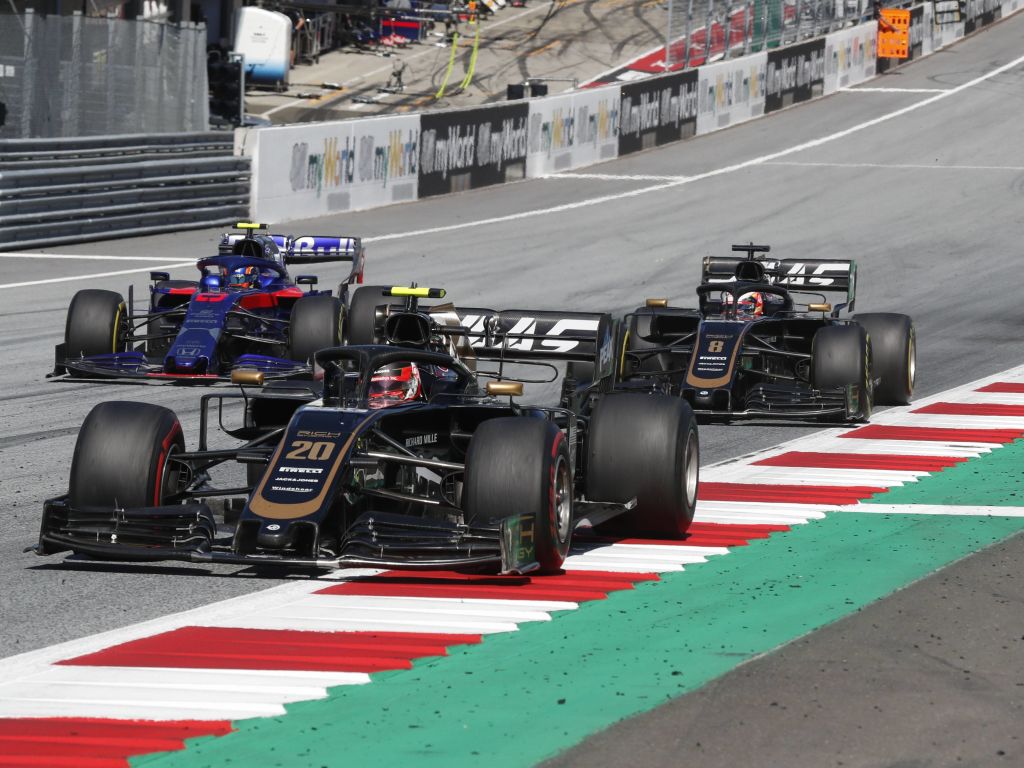 Haas will run two different aerodynamic specifications at the German Grand Prix as they continue their search for race performance.

The American outfit haven’t scored any points since Monaco all the way back in May, a baron spell which has seen them drop to P9 in the Constructors’ Championship.

Romain Grosjean had been sent back to the Australian-spec VF-19 at Silverstone, but a first lap collision with team-mate Kevin Magnussen caused a double retirement for the team and ruined their data collecting.

Grosjean will continue running that spec at Hockenheim, while Magnussen will try out a new upgrade which is “designed to improve downforce and the car’s overall driveability.”

“We’re trying to make the tires work better for us. That’s the biggest improvement we can make at the moment – getting into the window of the tire – and that’s got a lot to do with downforce.

“We’re putting a lot of effort into improving the situation we’re in, we need to get the understanding of where we are and where we didn’t work in the right direction. That’s the thing we have to do.”

Romain Grosjean believes the test at Silverstone was “a good test to do” because it highlighted that something introduced since Australia wasn’t working.

“When we brought the upgrade in Barcelona, I wanted to revert back on the Friday evening,” he is quoted by Crash.net.

“For me, the feeling was not so good from the rear end, especially through medium- and high-speed corners. The feeling hasn’t been good in those corners since then.

“Going back to the Melbourne package, the car felt a lot better in those regions. It shows that something was not working as expected.

“Now the aero guys are looking into it, but we know it’s been our weakness. Obviously, that launch package has some limitations also. It has less downforce, but it has better stability.”